For many voters, battle for India’s theolo­gical identi­ty is less import­ant than the condit­ion of the air they breath­e.
Published: April 8, 2014
Tweet Email 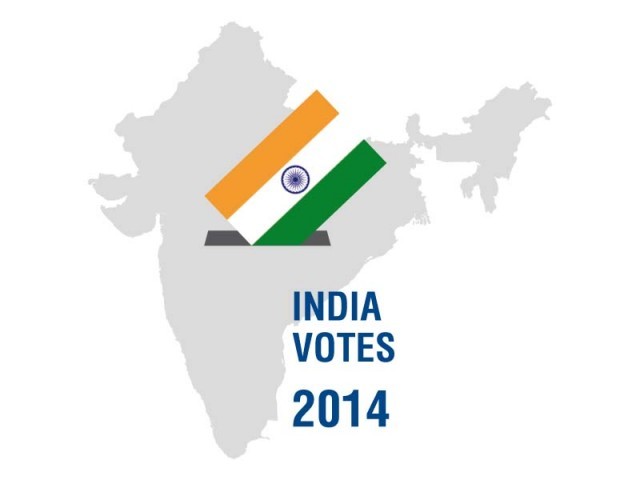 During election time, many of India’s ethnic, linguistic and religious groups that are otherwise marginalised, are courted by political parties.

After Imam Bukhari’s press conference, in which the imam of India’s largest mosque announced his support for the incumbent Congress party, religion has again resurfaced as a divisive, potentially decisive factor in the Indian elections kicked off this week.

“We have to fight unitedly against communal forces,” Bukhari said in New Delhi last Friday, alluding to the Hindu nationalist Bharatiya Janata Party (BJP) and its controversial leader and candidate for Prime Minister, Narendra Modi.

During election time, many of India’s ethnic, linguistic and religious groups that are otherwise marginalised, are courted by political parties that identify them as potential voting blocs and pools of support. As unified constituencies, the ‘Dalit vote’, the ‘Muslim vote’ and the ‘backward (referring to castes and adivasi tribes that the Indian constitution recognizes as underprivileged) vote’ become crucial to determining a candidate’s success.

In that respect, the only reason why there is still a competition between Congress and the BJP is the ‘Muslim’ vote’s ambivalence, if not hostility, towards Modi for his alleged role in the Gujarat riots of 2002 that killed at least 1,000 people, mostly Muslims.

Violence between religious communities in India is not new, and it is recurrent. Isolated incidents of violence happen frequently with varying levels of intensity. Last year, communal violence in Uttar Pradesh left almost 50 people dead, and thousands, mostly Muslims, without a home.

Congress presents itself as the antidote to this sectarianism. The head of the party, Sonia Gandhi, is an Italian-born Catholic; the current Prime Minister, Manmohan Singh is Sikh; former president APJ Abdul Kalam is Muslim. It has been carrying its secular character since modern India’s inception in 1947 under the first Prime Minister of India – and avowed atheist – Jawaharlal Nehru.

Yet, Congress has also got its hands dirty in India’s violent communal politics. Violent riots in Delhi after Indira Gandhi’s assassination in 1984 killed 3,000 Sikhs – and Congress’s aversion to taking any responsibility was similar to Modi’s. “When a big tree falls, the earth shakes,” was former Prime Minister Rajiv Gandhi’s infamous response to the allegations of Congress-led violence against the Sikhs.

Congress’s consistent attacks on the BJP for its role in Gujarat then, have seemed hollow as Rahul Gandhi struggled to dismiss the analogies between the BJP and his own party’s role in 1984.

Despite having a spotty communal record itself, Congress has struggled in this campaign primarily because many voters say they just haven’t been provided with good governance. Clinton’s adage, repeated time and time again, rings true in India as well: It’s the economy, stupid.

India’s growth has been anemic; its corruption, rampant; its rulers, unaccountable. Modi’s management of Gujarat, on the other hand, has been anything but. For many voters, the battle for India’s theological identity is less important than the condition of the air they breathe, the quality of the healthcare they are provided, the belief that they have a government that cares for their well-being.

That is perhaps what political upstart Arvind Kejriwal had in mind when he launched the Aam Aadmi Party (AAP), since in his understanding, neither Congress nor BJP has been delivering in multiple stints in power. He must undoubtedly believe what Khalid Anis Ansari, a researcher has said, “The secularism-communalism binary is a conspiracy of the Indian upper-caste elite, be they Hindu or Muslim, to keep the poor and the low caste where they are.”