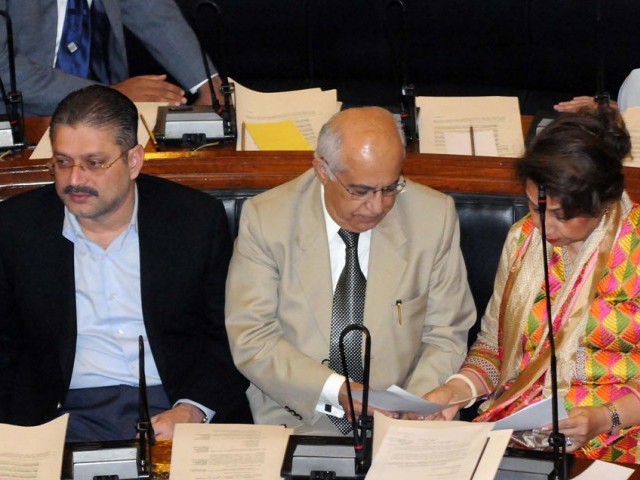 “This house strongly condemns the attack on Raza Rumi in Lahore in which his personal driver was killed. This house recommends the Sindh government approach the federal government to take action against the culprits behind this cowardly action of terrorists,” reads the resolution moved by MQM legislator Sumeta Afzal Syed on Monday.

“The house also reaffirms its commitment to the freedom of expression and speech as it is a basic right of all citizens of Pakistan, and we all members stand united with our journalists and media persons,” it adds.

Earlier, the Sindh Assembly unanimously passed a resolution against the recent recommendations of the Council of Islamic Ideology (CII) including non-admissibility of DNA test as evidence in rape cases, underage marriages and second marriage.

Lawmakers from the PPP, PML-F, MQM, PML-N and PTI set aside their political differences and demanded that the CII should be abolished as it was causing more damage than the country could afford.

“This house shows its strong reservations over the recent recommendations of the Council of Islamic Ideology that show complete indifference and insensitivity to the women-related issue,” reads the resolution moved by PML-F’s Mahtab Akbar Rashdi.

Criticising the CII and its Chairman Maulana Mohammad Khan Sheerani, Rashdi said all recommendations of the Council and its head were regressive and anti-women.

“Women have been given a special status in Islam, but this kind of mindset in the Council wants to impose its own [interpretation of] Sharia,” she said.

She said minor girls, boys and even women were sexually assaulted and it was difficult for the victim to present four witnesses to prove the case. “It is high time laws were made to declare the DNA test mandatory in rape cases,” she added.