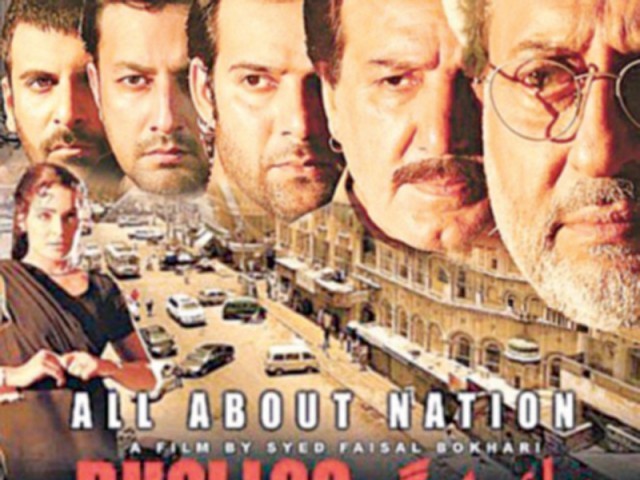 Kamran says that distributing his film Bhai Log was difficult since the film’s team wasn’t able to get enough cinemas. PHOTOS: FILE

The face of Pakistani cinema is changing for the better. Whether it is the construction of new cinemas (estimates say around 100 cinemas will surface in the next year or two), or an increase in the number of film-makers, the future of the movie industry in the country looks promising.

In a recent development, the senior producer Chaudhry Kamran and local exhibitor Qaiser Sanaullah have launched a film distribution company by the name of 770 Media Entertainment with the intent of improving the distribution of local films.

The first film they will be distributing is Syed Faisal Bukhari’s Sultanat, which is slated to release on Eidul Fitr. The film is said to be one of the most expensive films made for Pakistan, and has been shot in four countries — Pakistan, Bangkok, Dubai and Egypt.

It has an estimated budget of Rs250 million. The film has been produced by Aslam Bhatti, a Dubai-based hotelier and CEO of AB productions.

The decision comes on the heels of a battle between producers and distributors for several years over screen space allocation for local film-makers. Major film importers had an upper hand till an agreement was signed between the variety of exhibitors and producers to balance the allocation of screen space.

Kamran claims that his family has been involved in the local distribution of films since 2005. Another thing that catalysed him to be a vocal opponent of the screening of Indian films in the country is the trouble he faced while distributing his film Bhai Log, which received considerable acclaim in the industry.

“My family has been associated with film distribution since the 60s. We imported and distributed local films. Distributing Bhai Log was difficult because we were not able to get cinemas. I think now [with the company’s launch], we are in a better position to revive cinema and provide [local] film-makers with the opportunity to get their films screened,” says Kamran.

The significance of the company is that it will encourage local film-makers who have been criticised at various times for not promoting globalised cinematic styles.

Kamran maintains that his intent will primarily be to help and invest in local film-makers who have found it hard to compete in the market. The company will also be looking towards importing films from several foreign markets.

“We make films and once we make them, we’re not going to screen them at home. We want them in the cinemas. I think we have to move forward with a compromise. There are so many new cinemas opening up. Even if a Pakistani film does a little less business, it should be given preference,” says Kamran.

“Because as the recoveries are increasing, people who once shied away from the industry are returning to the fold.”

Meanwhile, his partner Qaiser Sanaullah, who has produced several Pashto films with director Younis Malik, says that the company will also help local film-makers who have difficulties financing films.

“Typically, we have found many film-makers who in the final stretch of their films find it difficult to finish their project. So, we want to connect with those people who need our help. Distribution is a very important aspect because we have seen people who know how to make a film, but don’t know how to release one. So, this company will provide services in terms of release and publicity,” shares Sanaullah.

The company’s team is already in conversation with several film-makers to distribute their projects and it hopes to provide an alternative to traditional companies in the industry.