He will arrive in Islama­bad today on the invita­tion of Prime Minist­er Nawaz Sharif.
By Our Correspondent
Published: March 29, 2014
Tweet Email 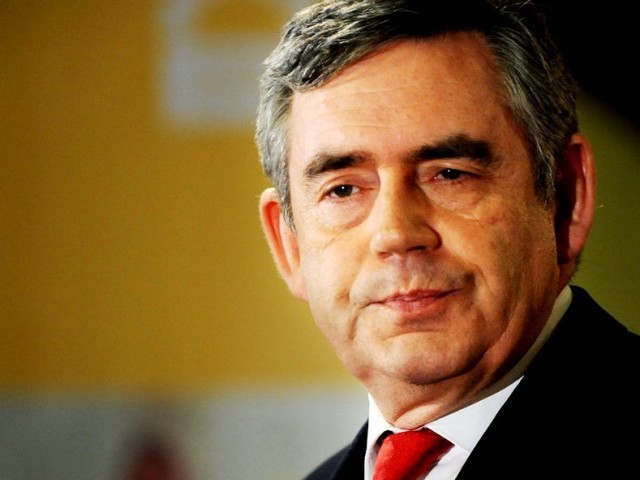 Former British Prime Minister Gordon Brown, who is the UN Special Envoy for Global Education, will arrive in Islamabad today (Saturday) on the invitation of Prime Minister Nawaz Sharif.

He, along with PM Nawaz, will be addressing the Youth Forum where he is likely to make commitments on behalf of the international community in the education sector of Pakistan, especially girls’ education.

Governor Punjab said the Pakistan Muslim League-Nawaz government has made the commitment of doubling the education budget and increasing enrolment to achieve millennium development goals.

This commitment has encouraged the international community to come and extend a helping hand to Pakistan to achieve these goals, he added.

After the Youth Forum, the visiting UN envoy will address a press conference.

James Gordon Brown is a British Labour Party politician who was the Prime Minister of the United Kingdom and Leader of the Labour Party from 2007 until 2010. He previously served as Chancellor of the Exchequer in the Labour Government from 1997 to 2007. Brown has been a member of the British Parliament since 1983.