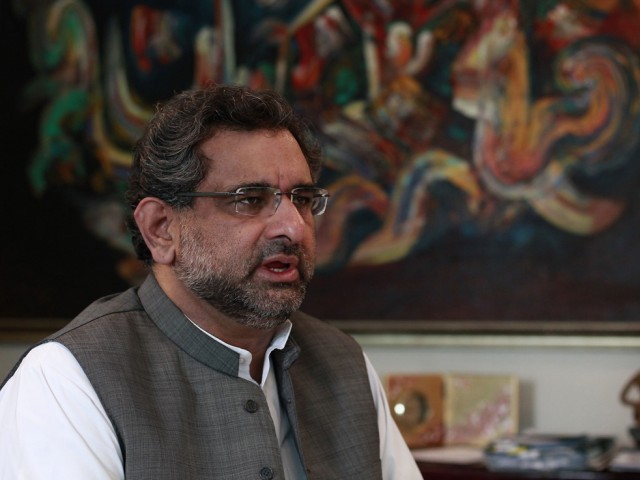 Federal Minister for Petroleum and Natural Resources Shahid Khaqan Abbasi informed the National Assembly on Friday that the Iran-Pakistan gas pipeline project has been hurt by international sanctions, which is why Pakistan cannot receive gas from Iran even after the pipeline is complete.

The minister stated that Pakistan has completed phase one of the project by finalising the Front End Engineering and Design (FEED), Detailed Route Survey (DRS), Social and Environment Impact Assessment Study (SEIA), and the Bankable Feasibility Study (BFS). In addition, the concrete markers have been installed along the whole route. Land acquisition has also begun, he added.

In phase II, the land acquisition process will be completed and construction of the pipeline will begin once the Engineering Procurement Construction (EPC) contract is finalised and financial close is achieved.

Conventional approaches of financial close as well as appointment of the EPC contractor could not be materialised mainly because transactions with Iran are difficult due to the geo-political situation of the region, explained Abbasi.

Nevertheless, the government is making all efforts to ensure the timely completion of the project.

Furthermore, the minister said that Iran and Pakistan are both contractually obliged to fulfil the Gas Sales Purchase Agreement (GSPA). Under the ‘take or pay’ obligation of the GSPA, if Pakistan does not take the contractual volumes by January 1, 2015, it will still have to pay the amount for the volume of gas not taken, which will be approximately $3 million a day.

The National Assembly was also told that LNG) will be imported from Qatar at the lowest possible price. The government is currently negotiating the procurement of LNG and the import is likely to commence towards the end of current year, Abbasi informed the house.

However, he said, the negotiation of the deal will begin once the modalities for LNG procurement are settled. The price of LNG in the country will be kept 30% below petroleum.

Abbas also informed the house that there are potential shale gas reserves in Pakistan and the ministry has recently launched a study with the assistance of USAID for its assessment through which shale gas reserves will be estimated and policy framework will be developed.