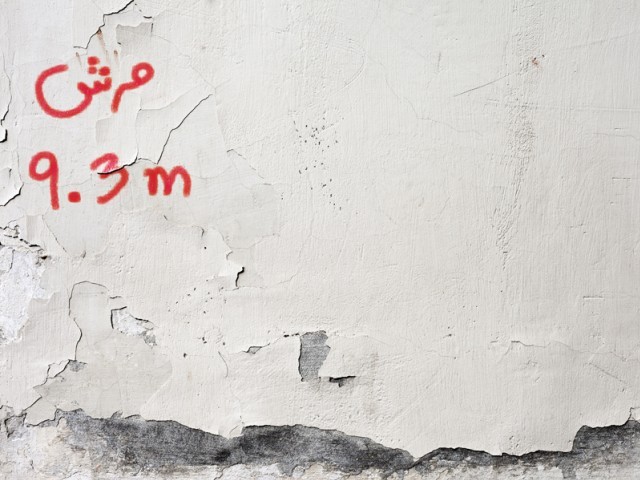 Pakistan is one of three countries in the world that have not had a census in the last 16 years. You guessed it; we have this in common with Somalia and Afghanistan.

Nothing frustrates academics, policy makers and demographers more than ‘guesstimates’ about the size of Pakistan and by corollary, the missing numbers on Karachi. This appeared to be the number one complaint and regret from all speakers at a seminar on internal migration and urbanisation held at the Karachi Institute of Technology and Entrepreneurship on Wednesday.

This much is clear – Pakistan’s urban population is undercounted. Demographer Mehtab Karim shed light on this. He is well placed to comment as he was appointed a member of the governing council of the Pakistan Bureau of Statistics, was closely concerned with assessing the 1998 census results and is chairing the committee planning the next census.

Growing migration and constantly similar birth and death rates have meant that Sindh’s share in the total population of Pakistan increased from 17% in 1951 to 19%, 21%, 23%… a two per cent increase each decade, he said. “That’s the catch,” he added. “In 1998, it was only a half per cent increase in 17 years. That’s why there is suspicion. That’s why Sindh’s population was undercounted to the tune of six million people.”

Additionally, the figure we’ve all been using for Karachi’s population appears to be wrong. In 1998, it was officially pegged at 9.3 million, but two million ‘aliens’ were not counted so a figure of 11.3 million would be more accurate. One way to assess what Karachi’s current population is today is to simply factor in its annual growth rate of 4.5%. That math yields 22 million.

The only problem is that this doesn’t account for the arrival of migrants, added Karim. The violence in Khyber-Pakhtunkhwa and the floods in the rest of Sindh, even the lack of jobs in rural Sindh and southern Punjab have added to Karachi’s numbers. Karim did some calculations from whatever sources of information he could get and estimates that half a million people are migrating to Karachi every year. “About 800,000 [people] are added to Karachi out of which 500,000 are internal migrants,” he said.

For his part, Haris Gazdar commented on how the unit of measurement, deh or goth, is crucial to getting the size of settlements in Pakistan correct. “Deh is the basic administrative and revenue unit, and is the lowest territorial unit for which population census published data – different from the Punjab mouza,” he said.

They do not necessarily both give a proper picture. “In Sindh, deh is not a settlement,” he said. People use ‘goth’ to refer to their settlements or villages.

“In most areas a deh can have over a dozen goths of various sizes,” he said, explaining why the choice of variables can skew perception. So for example, compare how Toba Tek Singh and Sanghar showed up in the collective village census in 2005. A deh surveyed in Sanghar had a population of 2,999 spread over 12 villages. Similarly, the mouza they surveyed in Toba Tek Singh had a population of over 2,600 concentrated in just one settlement. But, because of the choice of unit of measurement, the Toba Tek Singh mouza was counted as having one settlement and Sanghar’s deh 12.

Gazdar appeared to be saying that using the deh is not the best unit even though it is used for virtually every social policy and research purpose. The deh records are not good enough to tell us which villages are going to urbanise.

The implications of how we calculate our populations are tremendous. Holding a census could mean an entire shift in our politics. “That’s the reason why Pakistan is unable to conduct its census, because 33% of the National Assembly seats are located in urban areas,” said one expert, giving their private view. “About 66% [of seats are in] rural areas. And when the new census will take place about 45% to 50% of the population will [show up as living] in urban areas.” This would mean a reallocation of National Assembly seats to the urban areas. “And that’s one reason why our politicians don’t want a census.”

Correction: A rectification was made in reference to the Sanghar and Toba Tek Singh comparison.