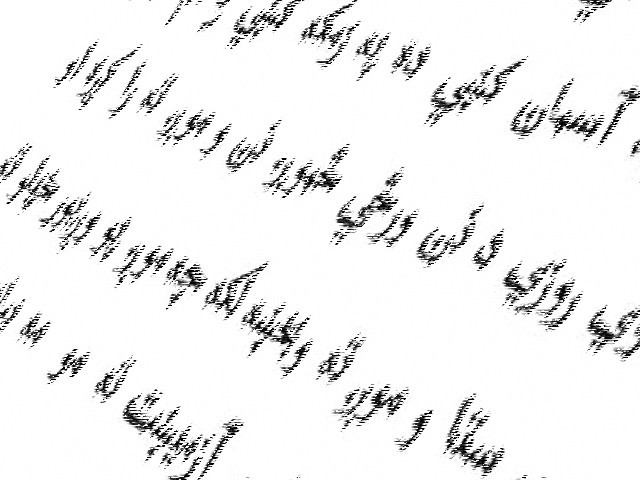 Vernacular literature and art can play a role in peace-building. PHOTO: FILE

Militancy and terrorism have had a profound impact on Pukhtun society on every level since 9/11. Literature and the arts are no exceptions.

A research study, conducted to measure this overwhelming impact on the Federally Administered Tribal Areas, was launched by the Fata Research Centre (FRC) and its findings were revealed at an event earlier this week. In his opening remarks FRC President Dr Ashraf Ali said literature depicted a society’s values and traditions. “Literature and art are mirrors that we hold up to society. These mirrors reflect our environment, collective values, traditions, practices and beliefs,” the FRC president said.

The study titled “Impacts of War on Terror on Pashto Literature and Art” examines how these cultural narratives can play a potential role in peace building, reconciliation and conflict management in Fata.

The total impact of war, specifically the conflict following 9/11, was measured through various factors, including the role of jihadi literature, the inclusion of new words and phrases in Pashto (drones, suicide bombing) and the way Pukhtuns as well as Americans are depicted in local texts. Also, given the region’s preoccupation with war, literature and art have taken a backseat, thus reducing their ability to achieve peace.

The report also highlighted how the government could use literary aesthetics, which are largely undervalued, as a tool in solving militancy and extremism.

The data combines the responses of various members of 35 Khyber-Pakhtunkhwa (K-P) literary societies, including separate interviews of over a dozen poets as well as writers within these.

An overwhelming majority of respondents (97.6%) were of the view that the war on terror had brought changes to Pashto literature while a similar majority (91.2%) agreed that the fighting had an impact on the Pashto language, such as the addition of many new terms like ‘suicide bomber’ and ‘drones,’ which were previously unknown to the common man.

With respect to jihadi literature, 59.6% of people surveyed felt that these radical texts were popular among the Pukhtun youth, while 79% of respondents said that Jihadi Tarana was the most prevalent jihadi literature followed by magazines (17%). The study cites mainstream media, such as radio, as a powerful distributer of jihadi ideology.

Around 43% of the people surveyed felt that the most dominant theme in post-9/11 Pukhtun society was religion, followed by nationalism at 32%.

The study also looked at how many people valued the role of literary societies in peace building, with 78% acknowledging their role in enhancing peace.

With regards to the government promoting literature, around 83% of respondents felt not enough was being done.

The survey showed that the Taliban were not popular amongst Pashto writers and artistes.

It further found that the Pukhtun writers, who were initially in favour of the Taliban before 9/11, changed their stance with the emergence of militancy in Fata.

FRC’s recommendations for the government included the patronage of poets and writers (financial incentives), organising literary events, revitalising cultural activities, focusing on literary societies, as well as countering the spread of jihadi ideology in the media through poetry/literature programmes aired on mediums like public radio. Keeping in mind the role of international stakeholders in the conflict, the FRC recommended that foreigners should provide financial assistance to promote Pashto language and literature in the region.

ANP Senator Afrasiab Khattak also spoke on the occasion and accused international players and the centre of interfering in the region over the decades and systematically “destroying Pukhtun society.”

“This region has been used as a strategic space and Pakisan’s state policy towards Fata also remained a callous one,” he said, adding that the State of Pakistan has failed to provide a proper judiciary and political system to Fata, which provided opportunity to “non-state actors”.

General Secretary of Progressive Writers Association Pakistan Salim Raaz said that Pukhtun have never supported the violent policy of the Taliban, and wherever they got the support it was due to fear.

Custodial care: Police pledge to root out torture from investigations