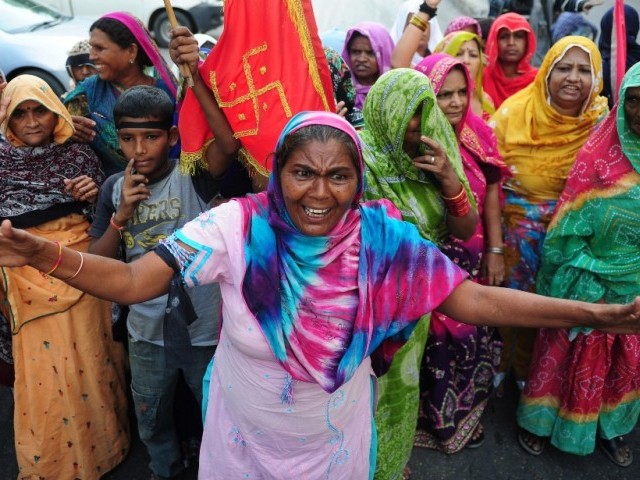 There is a dire need to acknowledge the problems being faced by Hindus so they can be resolved, said Dr Ramesh Kumar Vankwani, patron in-chief, of the Pakistan Hindu Council.

Vankwani, said that among minorities, the Hindu community is the worst-affected in the country and it is important to resolve their problems. He highlighted victimisation of minorities through the blasphemy laws. Referring to the recent attack on a dharmshala in Larkana, he said “I am not against the law. It is fine, but unfortunately it is misused,” Vankawani said during a seminar on “Islam and minority Rights”, organised by the All Pakistan Monitories Alliance on Tuesday.

Vankawani, who is also a Member of the National Assembly from the ruling-Pakistan Muslim League- Nawaz (PML-N), said that despite representing the ruling party he openly admits that minorities are facing problems which need special attention. He said that forced conversion is one the biggest problems in which Hindu girls are not safe. “Being a member PML-N, I have submitted resolutions highlighting minorities’ issues,” he added.

On March 15, a group set fire to a Hindu dharmshala in the Jinnah Bagh area of Larkana district. The attack was reportedly in reaction to the alleged desecration of pages of the Holy Quran by a drug addict, who happened to be Hindu.

Vankawani said nobody could provide any proof that the alleged desecration actually happened.

Dr Paul Bhatti, the All Pakistan Minorities Alliance (APMA) chairman, said that basic objective of the seminar is to create interfaith harmony among all religions. He emphasised the need to highlight fabricated cases which were leveled against Christians and Hindus.

Federal Minister for Religious Affairs Sardar Yousaf claimed that the government is committed to protecting the rights of minorities. He said his ministry has taken a number of initiatives related to minority issues. He claimed that the five percent quota of jobs for minorities, 14 seats in parliament, and declaring August 11 minority day are the steps taken by his government. He said that his government would consider any bills related to blasphemy laws.

Ludhianvi, who is rarely seen at such multi-faith events, said there is an urgent need to bring together people of all faiths for the betterment of the country.

Abdul Kabir Azad, the khatib of Badshahi Mosque, said the country is facing many challenges and religious scholars should play positive roles to help address them.