Two ‘good’ spells of rain have been predic­ted in the countr­y before the end of March by the depart­ment.
By Waqas Naeem
Published: March 25, 2014
Tweet Email 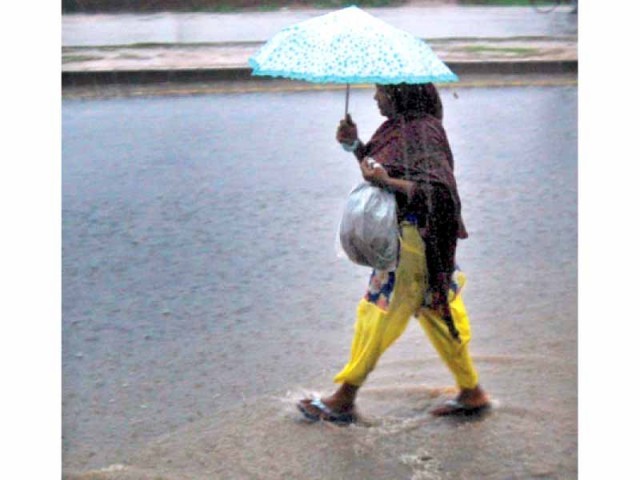 The Pakistan Meteorological Department on Monday said there has been a slight increase in rains during February and March, preceded by lower than expected rainfall in December and January.

Arif Mahmood, director general of meteorological department, told The Express Tribune that Pakistan has experienced wet weather during March, but this is not unexpected nor is it unprecedented. The meteorological dept has also predicted hailstorms at isolated areas in Islamabad, Rawalpindi and Sargodha Divisions in Punjab and Malakand, Hazara, Peshawar and Mardan divisions in Khyber-Pakhtunkhwa by March 31. Two ‘good’ spells of rain have been predicted in the country before the end of March by the department.

“With these rain spells, the average rainfall between January and March will reach the normal amount the country usually receives each winter season,” Mahmood said.

In a weather update issued on March 20, the department’s National Weather Forecasting Centre had predicted that northern and western parts of Pakistan will likely receive scattered rain and thunderstorms on Sunday and Monday.

Customs vs laws: Civil society calls for abolition of jirgas