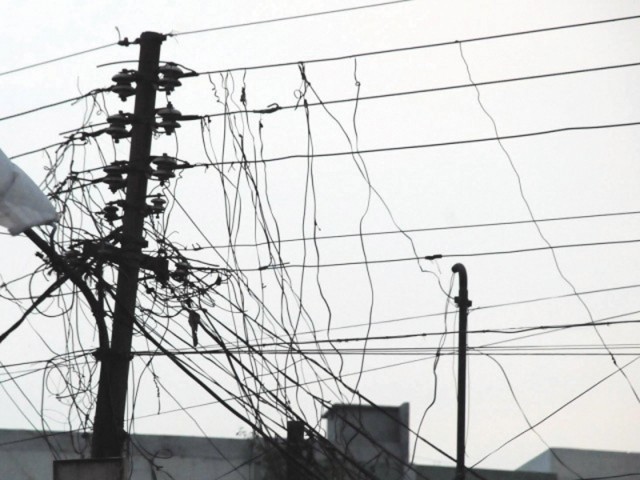 The government is working on long and short term projects so that uninterrupted power supply could be ensured to the consumers. PHOTO: FILE

FAISALABAD: The government is working on a priority basis to bridge the gap between demand and supply; power theft should be eliminated, it is a non-bailable offence, and anyone involved will be punished, said Federal Minister for Water and Power Abid Sher Ali, while addressing a meeting of the Faisalabad Electric Supply Company (FESCO) at its headquarters on Monday.

The state minister said that the present government is working on long and short term projects so that uninterrupted power supply could be ensured to consumers.

He said that problems facing the consumers should be immediately resolved and strict action will be initiated against officials. “All the officers including top management are accountable.”

He ordered a survey at governmental and educational institutions to find out about their electricity requirements and shift them to solar energy.

He further ordered to conduct a report for the establishment of the transformer workshop at far-flung areas in Fesco’s jurisdiction so that the transformers of these areas could be repaired within a minimum time period.

An energy conservation walk was arranged by the Faisalabad Electric Supply Company and the University of Agriculture Faisalabad (UAF). UAF Vice Chancellor Prof Dr Iqrar Ahmad Khan stressed the need to save energy in order to get through the crisis. He said that a 3.8 megawatt solar power plant was being set up at the Post Graduate Research Station (PARS), University of Agriculture Faisalabad in a bid to promote solar power technology.

“The level of awareness among the masses regarding power conservation will help the country face the challenge,” said Fesco Chief Engineer Haroon Rasheed. “The walk was aimed at educating the youth and general public about the rational use of electricity so that the economic and domestic needs can be met effectively.”