Islama­bad Police say A.M., 24, tried to set himsel­f on fire by sprink­ling kerose­ne all over his body.
By Our Correspondent
Published: March 23, 2014
Tweet Email 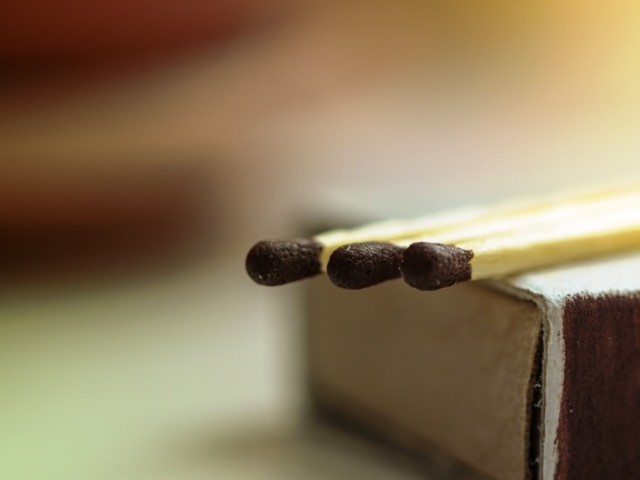 Islamabad Police say A.M., 24, tried to set himself on fire by sprinkling kerosene all over his body. PHOTO: FILE

A university student tried to commit suicide by self-immolation near Pir Sohawa on Saturday, according to the police.

The Islamabad Police said A.M., 24, tried to set himself on fire by sprinkling kerosene all over his body. He was shifted to the Pakistan Institute Medical Sciences (PIMS), where he was in critical condition.

The police said they yet do not know why Mukhtar tried to kill himself, but the duty officer at the Kohsar Police Station confirmed he was alone when he attempted suicide.

“He had set himself on fire some distance from the road near Pir Sohawa, but then he ran on to the main road,” the duty officer said.

Locals and people present nearby intervened and alerted the police.

A M, who is studying Chinese at a well-reputed local university, was shifted to PIMS in critical condition, the police said.

According to the police, Mukhtar did not give any specific reason for trying to commit suicide during a brief conversation with police at the hospital.

Hospital authorities said burn injuries covered 90 per cent of Mukhtar’s body. He was still being treated in the hospital’s intensive care unit when this report was filed.

Police said A M is the son of an army major and hails from Lahore. Further investigations are under way.