Unfasten your seatbelts: Sheikh Rashid not allowed to fly to Canada

Unfasten your seatbelts: Sheikh Rashid not allowed to fly to Canada 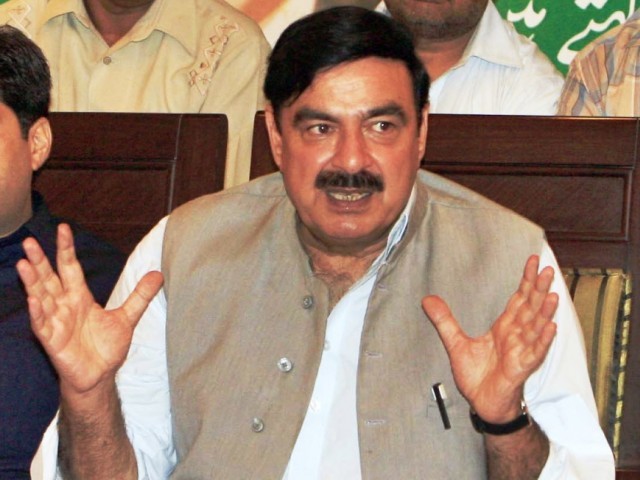 Not given clearance to enter US airspace; claims ‘political victimisation’. PHOTO: WASEEM NIAZ

Airport officials stopped Awami Muslim League (AML) chief Sheikh Rashid from boarding a Canada-bound flight on Friday on the pretext that he had not obtained prior clearance for travel.

Officials at Benazir International Airport pointed out Canada’s Transport Security Agency had not issued a No Objection Certificate (NOC) to Sheikh Rashid.

The AML chief was scheduled to attend a rally in Toronto on March 23.

Rashid said this was a clear case of ‘political victimisation’. “The government is fearful due to my active opposition,” he said, adding that the Canadian government had provided him with a five-year honorary visa just two days ago. “During my visit I had to address five rallies and meet religious scholar Tahirul Qadri on March 25,” he added.

Pakistan International Airlines (PIA) has denied allegations that it prevented Rashid from boarding PK781, bound for Toronto, on Friday.

The national carrier’s spokesperson said that the APIS (Advance Passenger Information System) – an online system of the US Department of Homeland Security’s Transportation Security Administration – at the PIA check-in counter did not provide clearance for Rashid’s travel.

Clearance from this system is a pre-requisite for all passengers travelling to Toronto via US airspace. The system does not provide a reason in the event of non-clearance. The airline said it regretted any inconvenience caused to the party chief.