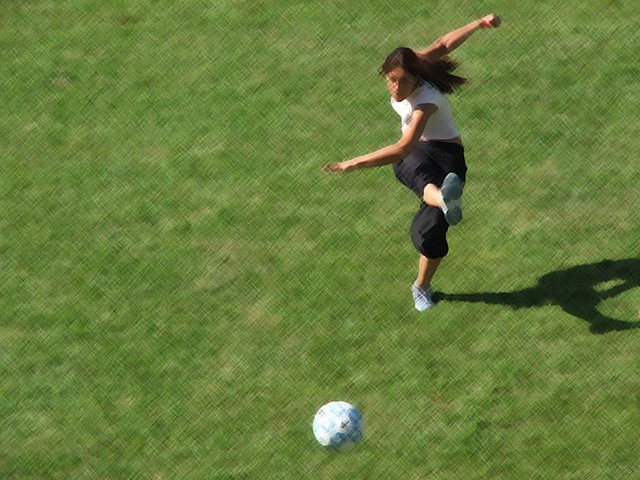 According an official Sarmad Shahbaz, the goal of this program is to empower women through sports. PHOTO: FILE

KARACHI: The best gift to a girl child can be her father’s support and attention when she starts something new.

It becomes even more special if she gets the encouragement and a chance to strengthen the bond through sports.

With this philosophy as its motivation, the Go Girl Foundation pulled off their first clinic successfully. At least 50 participants began their  football practice with their fathers.

The Go Girl Foundation organised the camp to instill confidence in girls.

According an official Sarmad Shahbaz, the goal of this program is to empower women through sports.

“This program is just a beginning. The training here is very basic football training,” Shahbaz told The Express Tribune. “We’ve planned the first clinic with fathers, in our next camp the girls will come in with their mothers.”

Shahbaz said that the camp  emphasises on girls between five to 12 years of age.

“It’s a healthy activity. We thought that boys usually have more opportunities, they can go out on the street or play grounds, but girls don’t have the same opportunity,” said Shahbaz.

The fathers who brought their daughters at the Khyabane Rahat football stadium agreed that they enjoyed the experience.

The men added that the exercise was also helpful in socialising and their daughters will learn from this camp.

“This is brilliant, these girls will get to play from a young age,” said Nadeem Naqvi, who brought his five-year-old daughter Malhar.

Aquib Mehboob, who brought his son and daughter Areeb to the camp agreed with Naqvi.

“I made a point that football is a part of my son’s life, so I want the same for my daughter too. She is confused about supporting Liverpool or not though,” said Mehboob.

Mitchell Johnson out with toe infection