Rhyme: A poet and critic with an assured tone

Rhyme: A poet and critic with an assured tone 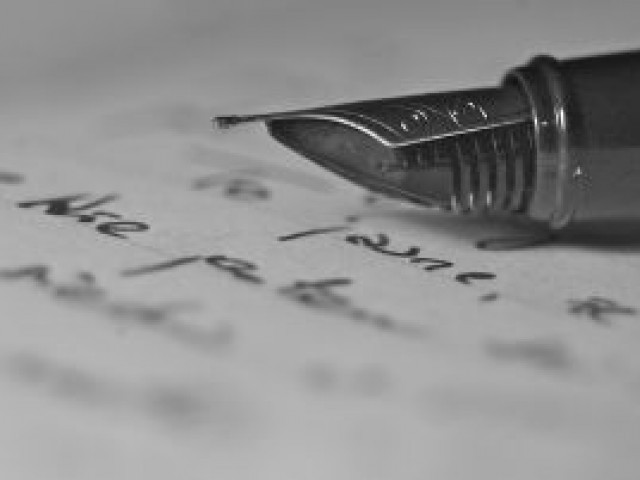 In an age of declining reading culture, there are many who still believe in the magic of the word and like to string them together for the mere fun of it, if nothing else.

Poet and critic, Parveen Tahir is fond of piecing together different shapes and colours of life through her poetry.

Speaking to The Express Tribune, Parveen Tahir says “readers and listeners of poetry are in dearth today. Electronic media has killed the reading habit.

She believes, however, that a book is without substitute.

Even a single sentence, a phrase and at times a word takes the imagination to a world of wonders. Such is the magic of a book, according to Tahir.

“In the Western world the book is still preferred over electronic media but in our society it’s just the opposite,” Tahir says.

“Cultivating reading habit is important. It has begun fading from our culture. The downturn in reading has resulted in an economic, cultural and political decline as well. What is missing from our lives is the activity through which most of us learned much of what we know of the wider world.”

“We do not have time because of preoccupation with the Internet. Intolerance, impatience, indifference, absence of love is the consequence of a falloff in reading,” she adds.

Talking about literary criticism she says, undue praise is being showered and research is no more.

Unqualified criticism has led to mushroom growth of self-styled litterateurs. There is a need to work above personal relationships and literary groups.”

“At times, I feel the writers have a big role in keeping readers away from the book. This attitude has given way to ready-made writing, thus ruining the taste of the readers and damaging literary progress,” she laments.

“To a question she says, “I don’t differentiate between men and women writers and my poetry doesn’t just reflect women’s sentiments. I believe women owe much to men. After my father, my husband identifying a literary spark in me encouraged me to continue writing. Such attitude removes all the hurdles from women’s way.”

Responding to a query, she says that in addition to poetry, she liked writing literary criticism. “I studied a lot before writing and took into view all the aspects of the text under review.  I like practical criticism as it trains the reader. I try my bit to add to the criticism written on Nazm in the past,” she says, adding that she enjoy doing it.

On poetry being a natural process, Tahir says, “I don’t compose it. It springs up from my inner being. That’s why I write less. At times, the whole year passes by without writing a line. Poetry to me is not craftsmanship. I write only when I am inspired. What you write in inspired moments is true poetry. Good poetry is not possible without inspiration.”

Scrabble: Across the board