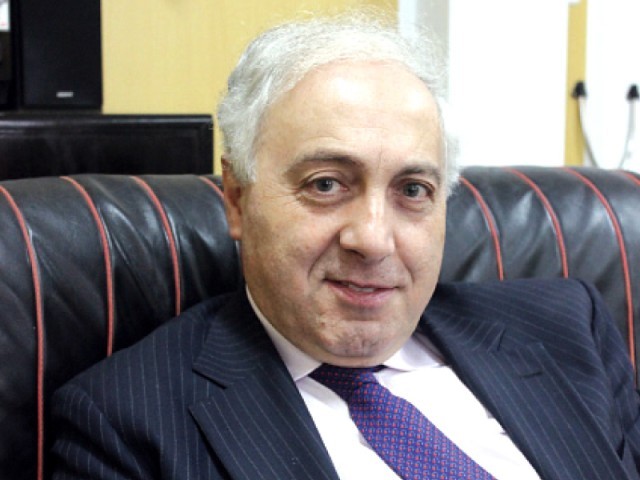 Proposes to bring food and agriculture on trade agenda.

Italy is keen on helping Pakistani businesses gain maximum access to the European markets, according to the Italian envoy to Pakistan.

Ambassador Adriano Chiodi Cianfarani discussed the future of Pak-Italy relations and the bilateral initiatives to strengthen cultural and trade ties between the two countries during a conversation with The Express Tribune.

“We should increase the level of our trade and bring in more investment,” the ambassador said. “There is a lot of room for that.”

The Pakistan-Italy bilateral trade volume is currently around $1.5 billion on average, Cianfarani said.

He said the Generalised System of Preferences (GSP) Plus status applies to 72 lines of products and it can be a tremendous boost for the Pakistani economy.

But where the mechanism offers opportunities, Cianfarani said it also poses challenges in terms of how prepared Pakistani companies are to avail the duty-free access to EU markets. “The challenges have to be addressed correctly,” he said.

Currently we are trying to establish an Italian Chamber of Commerce here.

It will be a focal point of assistance for the Pakistani companies who want to do business with the Italian firms, Cianfarani said. At the moment, the embassy is waiting for a go-ahead from the Italian authorities.

Meanwhile, the Italian Development Committee (IDC), a private effort that is being helped by the embassy to set up its offices in major Pakistani cities, is also working to bring Italian and Pakistani companies and entrepreneurs closer.

Around 90 per cent of Pakistan’s exports to Italy are textile- and leather-related products and over half of Italy’s exports to Pakistan fall in the category of metal, machinery and equipment, according to the Italian embassy.

Bilateral trade can naturally be improved with Pakistan exporting more textiles and importing textile machinery and expanding it to other areas such as agriculture and food, Cianfarani said.

Beyond business links, Italy and Pakistan are collaborating in scientific and cultural domains.

An Italian archeological mission was first established in the Swat valley in 1956 to build the first Swat archeological museum, the ambassador informed.

After the museum was damaged by the 2005 earthquake and later by a bomb blast, the Italian government funded its reconstruction work.

An Italian team of archeologists, together with French and Pakistani colleagues, is also working in the ancient city of Bhanbhore.

Italian paleontologist and researchers have also been working near Lasbela on a very interesting site.

Italy has a long standing tradition in the Northern Areas. The son of the then King lead an expedition to the Karakoram in the year 1909.

In 1954, a team of Italian mountaineers was the first to claim the summit of the K2. Building on that legacy, the Italian mountaineering research organisation, EvK2-CNR, is working with Gilgit-Baltistan authorities for the socioeconomic and environmental uplift of the area.

“The preparatory study for the restoration of the walled city of Multan has been completed,” Cianfarani said. If needed, “the Italian experts could help with other restoration projects in Punjab as well.”

“Culture is in general a very important bridge between countries and people,” he said. Such a cultural bridge was built in Lahore and Karachi in February when Italy co-sponsored the two literary festivals.

“The literature festivals are very important opportunities to showcase what Pakistan is offering and the cultural face projects a more complete image of Pakistan actually is,” Cianfarani said.

Italy recently has gone through a change of prime ministers a year after its general elections.

Matteo Renzi, the leader of the centre-left Democratic Party, assumed charged as the Italian premier on February 22. With the new premier’s agenda focused on domestic affairs, the international community has wondered about his foreign policy.

“As for Pakistan, I think there will be continuity and I am sure that nothing is going to change in the bilateral relations with Islamabad, which remains a priority for Italy” Cianfarani said.