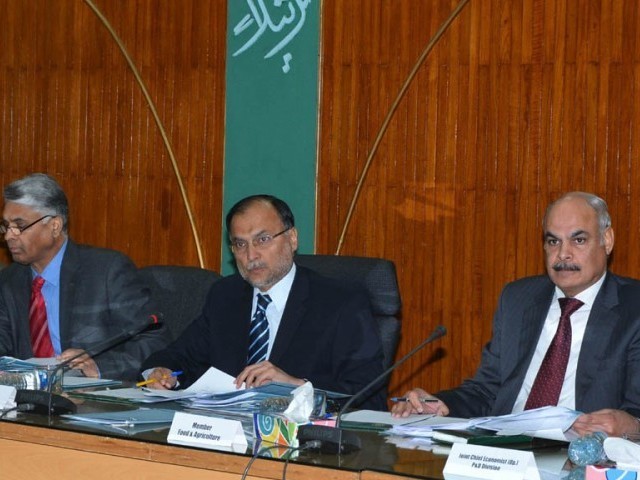 Of the 16 projects, 12 projects costing a total of Rs60 billion were recommended to the Executive Committee of the National Economic Council (ECNEC) for approval, a release of the meeting said.

“Public money should be spent prudently through a transparent mechanism as we are answerable for every rupee to the people of Pakistan,” remarked Federal Minister for Planning, Development and Reform Ahsan Iqbal, who chaired the meeting.

Eight projects for the power sector were recommended to ECNEC for approval, costing a total of Rs22.7 billion, which would be funded with a Rs4.5 billion assistance from the Asian Development Bank. These “Augmentation and Extension” projects for DISCOs is aimed at providing facilities for reliable and stable supply of electric power and to meet the growing demand of residential, commercial, industrial and agricultural customers.

A Rs23.6 billion project, part of the Rawalpindi-Islamabad Metro Bus Service, was also approved in principle, subject to rationalisation of cost and scope by a committee which will look into the feasibility, environmental impact and economic viability of the project.

A component of the Munda dam project, which aims to generate 740 MW of power, was approved. The Rs990 million component pertains to the detailed engineering design of the dam and associated tender documents was provisionally approved, subject to further rationalisation of cost.

A residential colony project at Chashma costing Rs466 million and a Rs586 million for the provision of drinking water along the Balochistan coast were also considered. The water projects will be executed by the government of Balochistan and financed by the federal government.

A higher education scholarship project for students from Afghanistan under the Prime Minister’s directive costing Rs6.2 billion was recommended to ECNEC for approval. The project aims to provide Afghan students with all expenses covered scholarships in the disciplines of medicine, dental health, and engineering in both public and private universities.

A Rs4.4 billion project to establish and operate Basic Education Community Schools (BECS) and a Rs6 billion focused on improving human development indicators in Pakistan and millennium development goals (MDGs) were considered. The project aims to establish 20,000 BECS and 25,00literacy and skill development centers, and is expected increase enrollment of children in primary schools and improve literacy rate.