Saajid Badat said al Qaeda had given him shoe bombs to detona­te on US airlin­es, but he change­d his mind.
By AFP
Published: March 12, 2014
Tweet Email 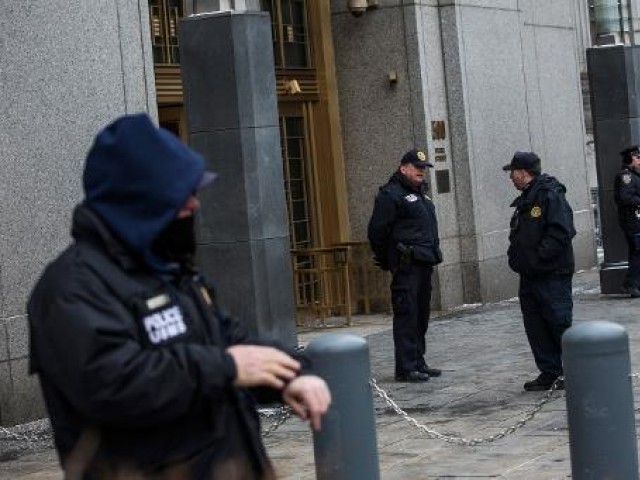 NEW YORK: A Briton convicted of plotting a plane bombing gave a New York court chilling new details Tuesday about a separate 2001 al Qaeda-linked plan for a Malaysian pilot to blast his way into a jet’s cockpit.

Saajid Badat, who was sentenced in 2005 to 13 years in jail as a co-conspirator in a notorious December 2001 plot to bomb US airliners, has testified about the Malaysian plan before.

But his description of the apparently abandoned plot have a new resonance as investigators probe the fate of a Malaysia Airlines flight that disappeared on Saturday with 239 people on board though there has been no suggestion that Badat’s 2001 plot is in any way linked to the new mystery of missing flight MH370. So far investigators consider terrorism as just one possible line of inquiry in to the disappearance of flight MH370.

In 2001, Badat and fellow Briton Richard Reid were ordered by al Qaeda leaders to blow two US airliners out of the sky with bombs hidden in their shoes.

While Reid tried and failed to detonate his bomb on a Paris to Miami flight, Badat changed his mind after returning home.

Badat told US prosecutors at the trial of Osama bin Laden’s son-in-law on Tuesday that he was given two shoe bombs, one which he took to Britain and the other which he gave to a Malaysian cell.

He believed one bomb was enough to bring down a jet, he told the trial by video link from Britain, but the bomb he gave the Malaysian was intended simply to help him breach a cockpit door.

Badat said he traveled from Afghanistan to Pakistan in December 2001 with Reid, some Malaysians and a Mauritanian family.
He described the Malaysians as “their own group of four to five individuals including a pilot.”

“I gave one of my shoes to the Malaysians. I think it was to access the cockpit,” he told the court.

Khalid Sheikh Mohammed, the self-declared 9/11 plotter now held at Guantanamo Bay, helped concoct the shoe-bomb plot and spoke of having plans for the Malaysians, Badat said.

He said Mohammed kept a list of the world’s tallest buildings and crossed out New York’s Twin Towers after the September 11, 2001 attacks by hijacked airliners as “a joke to make us laugh.”

Badat told the court he believed the Malaysians, including the pilot, were “ready to perform an act.”

During the meeting, the possibility was raised that the cockpit door might be locked. “So I said, ‘How about I give you one of my bombs to open a cockpit door?'” Badat told the court.

Jawahir Habib: Leading from the front