Apart from ensuri­ng securi­ty to its sports­men, Sindh govern­ment must take steps to encour­age sports in Lyari.
By Editorial
Published: March 12, 2014
Tweet Email 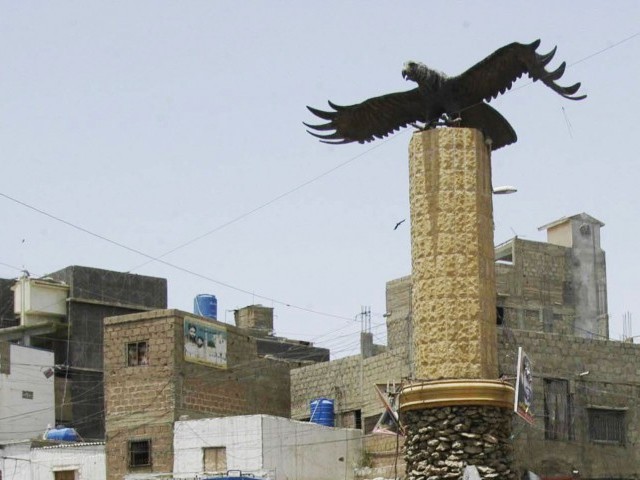 As the neighbourhood loses its sportsmen and the violence continues, Lyari will lose what made it stand apart from the rest of the city. PHOTO: RASHID AJMERI/FILE

For the people living in the volatile neighbourhood of Lyari in Karachi, the only solace they found from the continuous gunshots and mounting death toll was sports. In fact, the residents of Lyari were such enthusiasts that even the gangsters knew that they cannot start violence during the football world cup. But over time, these gangs have transcended these considerations. Now, they know that to leave a mark and show strength, they must target those who Lyari holds most dear.

In the ongoing turf battle in Lyari, the gangsters took away the lives of three boxers and two others from the same family. In fact, one of the gangsters — 19-year-old Shoaib, the son of a national boxing coach — participated at the national level and represented Sindh in the National Games. In August last year, Lyari also lost at least 10 young footballers when a high-intensity bomb targeted top gangsters as they were leaving the stadium after a football match. It lost another boxer, Saqib, during an alleged encounter with the Rangers the same year.

The nature of the killings this time was extremely brutal. The victims knew their lives were in danger and had gone into hiding. The gangsters lured them back to Lyari on the pretext of a jirga only to kill them and then dumped their  bodies on the doorstep of the aunt in whose house they were seeking refuge.

As the neighbourhood loses its sportsmen and the violence continues, Lyari will lose what made it stand apart from the rest of the city. The ongoing turf wars have already put a damper on the matches scheduled at Lyari stadiums. If people are scared to leave their homes, matches will begin to lose their spectators and the sports will subsequently attract less interest. This is a trend that the Sindh government needs to reverse and apart from ensuring security to its sportsmen, the government must take steps to encourage sports in Lyari and even the rest of the city. Perhaps this will make people realise the importance of these sports and the value of these sportsmen.

Not so incredible India