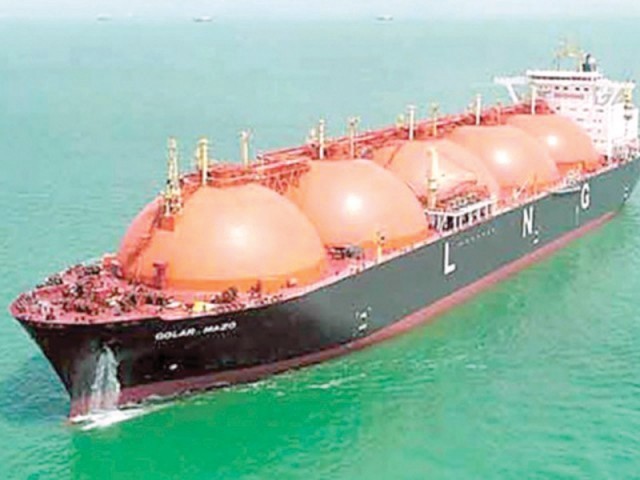 Karachi Shipyard and Engineering Works (KSEW), a shipbuilding company, has offered its services for constructing liquefied natural gas (LNG) carrying vessels and tugboats for the import of gas.

“The Ministry of Defence Production is going to send a summary to the prime minister for approval in this regard,” a source said quoting officials who attended a meeting of the Economic Coordination Committee (ECC) on February 26.

According to sources, Port Qasim Authority (PQA) has sought financial assistance from the government for the purchase of tug boats and other ancillary works required for operational readiness of the port’s channel for handling LNG import.

Officials told the ECC that Elengy Terminal Pakistan Limited (ETPL) had been declared successful bidder and Sui Southern Gas Company (SSGC) had initialed an LNG services agreement with the bidder on January 17, subject to approval of the ECC.

Under the project, ETPL will handle a minimum of 200 million cubic feet of LNG per day (mmcfd) in the first year and 400 mmcfd in subsequent years for delivery to SSGC. The contract will be for 15 years starting November this year.

The bidder is required to meet all national and international standards by obtaining a licence, permits, authorisation and approval for safe and secure handling of LNG at the port.

The ECC was told that the Ministry of Petroleum and Natural Resources had nominated Pakistan State Oil (PSO) as its designated entity for negotiating an LNG sale-purchase agreement with Qatar’s designated entity Qatar Liquefied Gas Company Limited (Qatargas).

PSO and Qatargas have signed a confidentiality agreement and have also exchanged the draft of Heads of Agreement, which will form the basis for LNG supply. PSO and SSGC will enter into an agreement for LNG offtake under a commercial transaction structure.

ECC members told the meeting about issuance of a letter of comfort by PSO to the effect that in case of failure to import LNG, the company would be obliged to pay capacity charges to ETPL. Some officials were shocked to know and asked how PSO would pay capacity charges when it had no firm deal for LNG import from Qatar.

“The LNG terminal project will cost $200 million and will bring $2 billion in income, this is not a bad deal for the developer,” an official remarked, saying PSO would have to pay $11 million per month to the terminal operator like rental power plants (RPPs) even if the company did not get supplies.

Sources familiar with the development said the terminal operator would recover the entire project cost just in one and a half years.

“Keeping in view the situation, the ECC expressed concern and directed PSO to conduct due diligence as capacity charges would (eventually) be borne by the taxpayers,” the official said.

The Ministry of Petroleum will also explore the possibility of arranging LNG supplies through international competitive bidding. It was explained that it was imperative for SSGC to enter into a services agreement with ETPL as approved by its board of directors for timely completion of the terminal for handling imports by the start of next winter.