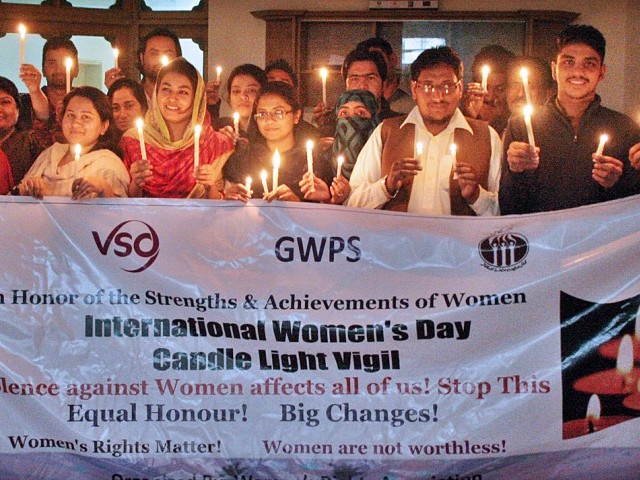 He was speaking at a seminar on Inspiring Change through Women Empowerment organised by the UAF to mark the International Women’s Day.

Prof Surayya Zakir said that education was necessary for women because most women were unaware of their rights.

MPA Najma Afzal said, “We need to raise our voice for the protection of women rights.”

“Seventy members in the Provincial Assembly are women… we are all united on one platform for the protection of women’s rights,” he said.

Member of Punjab Assembly Madiha Rana and Faculty of Sciences and Technology Dean Noreen Aziz Qureshi praised the GCUF for organising the seminar.

Earlier, a walk was organised to raise awareness about the International Women’s Day.

Hussain also declared lecturers Tehseen Gulzar and Tayyaba Ali the best teachers of the year and awarded them gold medals.