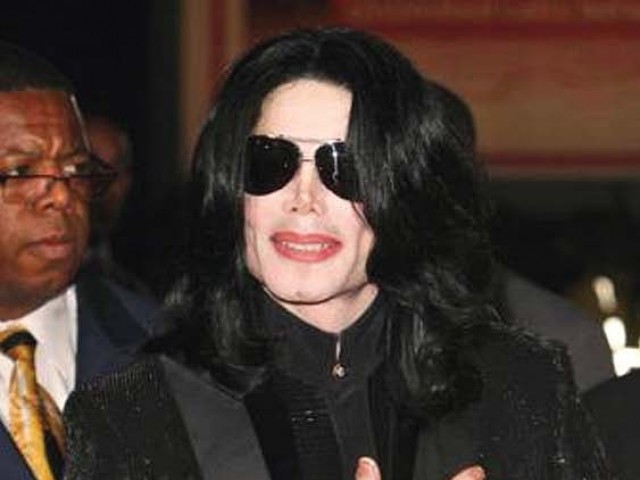 Micheal jackson still ranks At the top of the charts. PHOTO: PROMOTION

NEW YORK: Michael Jackson’s sudden death sparked an outpouring of grief around the world, but fans also opened their wallets to make him this year’s top-earning dead celebrity with $275 million, Forbes said on Monday.

Jackson raked in more than the combined total of the other 12 celebrities on the list, revealed Forbes magazine. He was ranked third on last year’s list with $90 million.

Elvis Presley came in second, earning $60 million from admissions to his former home, Graceland, which is now a museum and tourist attraction in Memphis, Tennessee, a Cirque de Soleil show and more than 200 licensing and merchandise deals.

“Jackson’s spot atop our top earning dead celebrities list should come as no surprise given the renewed fan interest in music, videos and all things Michael Jackson,” said Forbes writer Lacey Rose.

Jackson was 50 when he died in his Los Angeles home on June 25 last year, shortly before a planned series of comeback concerts in London. The singer left behind three children and a debt of $500 million.

But his estate has generated millions since his death, mostly through record sales, the This Is It concert movie, licensing rights, deals to release new albums and a Cirque du Soleil stage show in Las Vegas.

“Thanks to a lucrative catalogue, hit film and album sales, the late king of pop earned more in the last year than Lady Gaga, Madonna and Jay-Z, combined,” said Rose.

The Lord of the Rings author JRR Tolkien, whose trilogy of novels was made into films by director Peter Jackson, came in at No. 3 on the Forbes list with earnings of $50 million, while Charles Schulz, the creator of Peanuts, came in fourth with $33 million.

Former Beatle John Lennon, who would have turned 70 this year, was ranked No. 5 with an income of $17 million.

“Many of the deceased icons on our list offer the marketing community name recognition, broad cultural appeal and, unlike their living counterparts, an indelible image that can’t be damaged by a rehab stint or tabloid story,” Rose said.

Presley, Tolkien, Schulz and Lennon all appeared on last year’s list, which was topped by fashion designer Yves Saint Laurent with $350 million after the sale of much of his estate. But Saint Laurent dropped off the list this year along with author Michael Crichton and artist Andy Warhol.

Along with Jackson, newcomers to this year’s list included Yankees baseball team owner George Steinbrenner at No. 9 with $8 million, and Swedish author Stieg Larsson, who wrote the popular mystery Millennium Trilogy novels that began with The Girl with the Dragon Tattoo, at No. 6 with $18 million.

“A deceased celebrity needed to earn at least $5 million between October 1, 2009 and October 1, 2010 to make this year’s list,” said Forbes. The magazine spoke to agents, lawyers and other sources to estimate annual gross earnings.