After a long battle with cardio­vascul­ar diseas­e, the singer passes away on Sunday.
By Our Correspondent
Published: March 3, 2014
Tweet Email 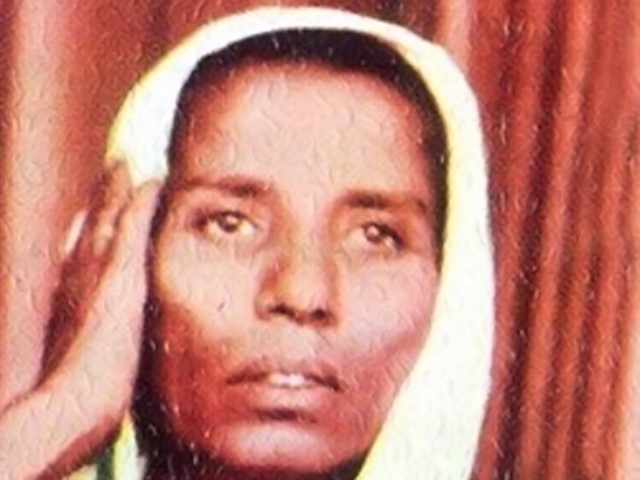 Soni was the oldest daughter of renowned folk singer, Mai Bhagi, known as the 'Koel of Tharparkar'. PHOTO: FILE

KARACHI: Legendary Sindhi folk singer Mai Soni, 72, who was suffering from cardiovascular disease, lung infection and diabetese for a long time, passed away in Karachi on Sunday.

Soni was the oldest daughter of renowned folk singer, Mai Bhagi, known as the ‘Koel of Tharparkar’. She began singing with her mother at the age of 12 and recorded over 250 songs in Sindhi, Marwari and Seraiki. Besides Sufi poetry, she also composed folk songs herself and used her own lyrics for most of them. Today, nearly 40 volumes of audio cassettes and CDs of her music are available in the market.

After her mother, Soni was one of the most popular folk singers in Tharparkar and the rest of the province. After learning that she had a heart condition seven years ago, she left singing and began her treatment at Mithi’s district headquarter hospital.

According to Soni’s only son, Rustam Faqeer, she was in critical condition for the last nine months and was referred to Karachi on Saturday. “The doctors tried everything but she did not recover,” Faqeer informed The Express Tribune.

Soni’s body was taken to Tharparkar where her funeral took place on Sunday evening. Hundreds of her fans and residents of the area attended the funeral to pay their tribute to the late singer. Soni was laid to rest at Dargah Razi Shah near Naukot next to the grave of her mother. Soni left behind one son and two daughters.

Soni’s elder daughter, Mai Jeewani, is also a famous folk singer in the region. “We want to promote Mai Bhagi’s work,” said Faqeer. “Our family was born with this talent and we can owe it to folk singing and poetry to play our due role.”

Faqeer was unhappy with the lack of support from the Sindh government, saying that his mother was not looked after by them at a time when she really needed the support. “An official visited us only after her burial to offer support,” he complained.