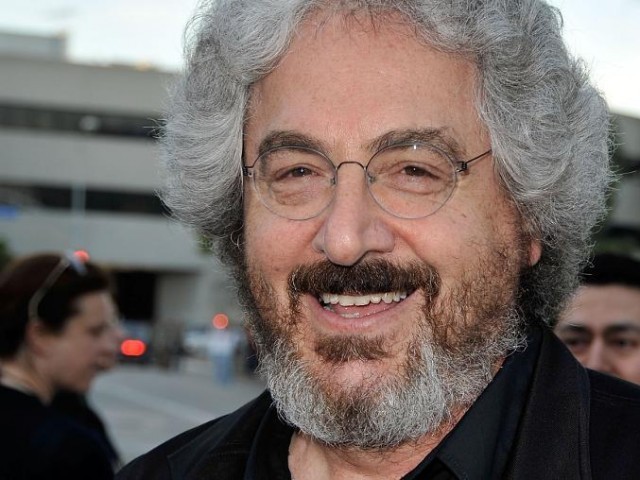 Harold Ramis arrives at the Dreamworks' premiere of "I Love You, Man" at Mann's Village Theater on March 17, 2009 in Westwood, California. PHOTO: AFP

CHICAGO: Harold Ramis, the American actor, writer and director of classic comedy films “Caddy Shack” and “Groundhog Day,” whose star turn came in “Ghostbusters,” died on Monday. He was 69.

Ramis, a longtime resident of Chicago, was surrounded by family and friends when he succumbed to a rare disease that involves swelling of the blood vessels, the United Talent Agency said in a statement.

He came to prominence in an era in which US comedy made a major leap forward on the big screen and his success lay in a combination of clever humor, outright silliness and absurd stunts.

His early films were often centered around a rebellion against authority or stuffy institutions — be it the military comedy “Stripes” in 1980, or college administrators in the frat house caper “Animal House.”

His later work was infused with a subtly spiritual striving for redemption, such as in “Groundhog Day,” where Bill Murray is forced to relive the same day again and again until he gets it right.

Ramis was cited as an inspiration by a new generation of comedians and directors such as Adam Sandler and Judd Apatow, who cast him as Seth Rogan’s father in the 2007 hit “Knocked Up.”

His rise to fame started when he joined Chicago’s Second City improv group in 1969, where he worked with Murray and Dan Aykroyd, whom he later starred with in “Ghostbusters,” and also with comedy legend John Belushi.

After a stint on the National Lampoon Show in New York, Ramis headed up to Toronto where he was head writer and a regular performer on Canada’s wacky hit television show SCTV.

He began a long-time Hollywood collaboration with director and producer Ivan Reitman when he helped write the script for “Animal House,” the 1978 film that propelled Belushi — and college toga parties — to fame.

Ramis made his directorial debut two years later with the cult classic “Caddyshack,” a comedy in which Rodney Dangerfield and a destructive, dancing gopher wreak havoc on an exclusive golf course.

While he became recognizable through acting jobs like the studious scientist Dr. Egon Spengler in “Ghostbusters,” Ramis did not achieve the stardom of his comic collaborators.

Instead, he helped Murray, Chevy Chase, Billy Crystal, Michael Keaton and even Robert De Niro showcase their comedic talents in films he wrote and directed such as “Stripes,” “National Lampoon’s Vacation,” “Groundhog Day,” “Multiplicity,” and “Analyze This.”

His final film, which he both wrote and directed, was “Year One” a ridiculous romp through Biblical times starring Jack Black and Michael Cera that was released in 2009 and produced by Apatow.

“The world has lost a wonderful, truly original, comedy voice with the passing of Harold Ramis,” Ivan Reitman said in a statement issued to Entertainment Weekly.

“He possessed the most agile mind I’ve ever witnessed. He always had the clearest sense of what was funny and how to create something in a new clever way.”

Dan Aykroyd remembered him as a “brilliant, gifted, funny friend,” and said he hoped Ramis, who was raised Jewish and turned to Buddhism later in life, will “now get the answers he was always seeking.”

Tributes also poured out on Twitter from fellow comedians and directors.

Billy Crystal remembered Ramis as a “brilliant, funny, actor and director. A wonderful husband and dad. Big loss to us all,” while Steve Martin called him “a comedy master.”

“Funny, gracious, kind hearted. A joy to have known you,” Steve Carell wrote, while director Ron Howard tweeted: “No one could ever top him in terms of somehow being Cool & off-the-charts creative and incredibly kind & gracious.”