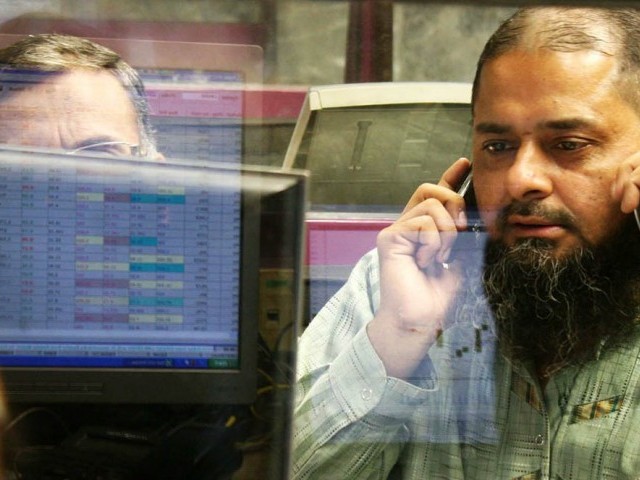 Stock broker busy in trading on the first day of the week at KSE on February 24, 2014. PHOTO: ONLINE

Ignoring the regional market pressure, the local bourse closed black ahead of annual earning and payout announcement in the coming week.

Meanwhile, Fareesa Baig of Elixir Securities said that Engro Corp (ENGRO PA +4.3%) and Engro Fertilizer (EFERT PA +5%) remained in the limelight over rumours of significant headways with respect to concessionary gas rates for the Enven plant.

Shares of 368 companies were traded on Monday. At the end of the day, 201 stocks closed higher, 154 declined while 13 remained unchanged. The value of shares traded during the day was Rs8 billion.

Foreign institutional investors were net sellers of Rs223 million, according to data maintained by the National Clearing Company of Pakistan Limited.