Is it langua­ge or conten­t that render­s a novel global?
By Ali Usman
Published: February 23, 2014
Tweet Email 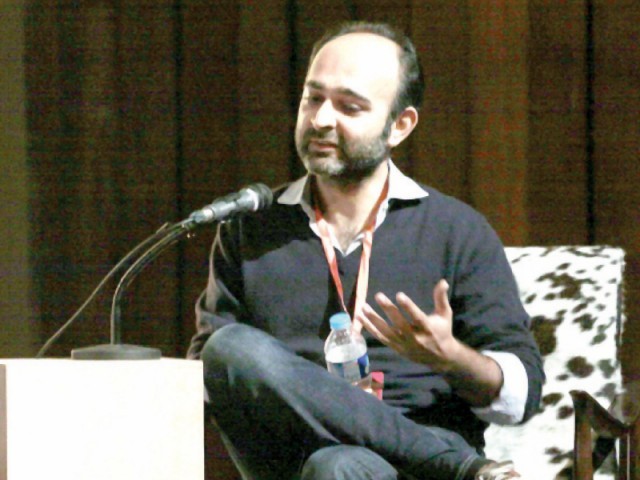 Is it language or content that renders a novel global?

The appearance of the expression ‘global novel’ is recent and strange, said Mohsin Hamid, author of The Reluctant Fundamentalist. He was speaking at the session Beyond the Global Novel on the second day of the Lahore Literary Festival on Saturday.

Hamid said some people considered globalisation to be contaminating for artists. “I think art comes out of [such] contamination”, said Hamid. He said modern technology and social media were changing the writing styles of the youth. “The way they write today is very different from how people used to write 10 or 15 years ago”.

Bangladeshi writer K Anis Ahmad said for many people work from outside their country became global. “Maybe for people in USA, a novel written by a Bengali writer in Bangladesh is a global novel, and for Bangladeshi readers a novel written in USA by an American author is a global novel. The judgment is based on how it is being presented,” he said. He joked that “when somebody writes a novel in USA, he just writes a novel but when a writer in India, Pakistan or Bangladesh writes in English he tries to write a global novel”. Samia Mehrez, who teaches literature in Cairo, asked who decided whether a novel was global or not. “What’s the politics of the framing? Is it language or content that renders a novel global?” Mehrez asked. She said many writers in the Arab world were coming from the periphery and not from the bourgeoise. She said some editors believed their work had to be made readable for an English audience. She said an Arab Booker Prize paid for the translation of selected works into five languages. The New York Review Senior Editor Hugh Eakin said 50 years ago only five per cent of the work by Dutch writers was translated into English, and today 70 per cent of it was.

“We are really happy to see more people than we expected so early on Saturday morning” said the BBC’S Razia Iqbal, who was moderating the session.

Finding the properties of imagination