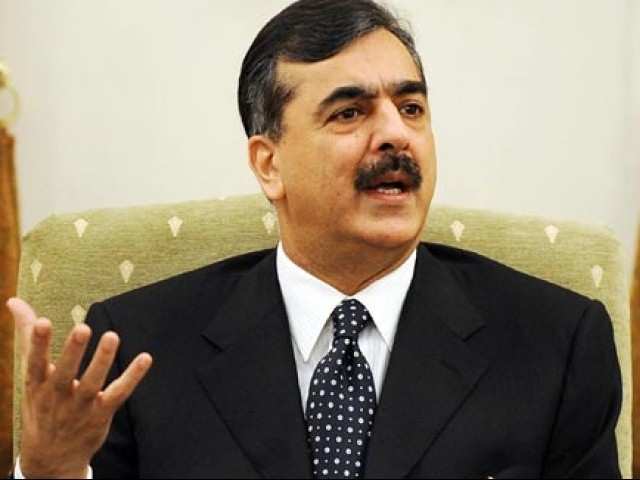 ISLAMABAD: Pakistan on Monday called for greater intelligence sharing to pre-empt terrorist attacks in Britain and other western countries emanating from its soil, just weeks after a Europe-wide security alert linked to the troubled country.

“The prime minister proposed that Pakistan and Britain should consider a mechanism as well as parameters for cooperation between their security agencies,” it said.

“He further stressed upon sharing of information and real time intelligence to enable the Pakistan authorities for taking the preemptive measures against any possible threat to UK and other western countries from terrorists,” the statement said.

Gilani said that “despite daunting challenges Pakistan will continue to fight the menace of terrorism for the sake of peace and prosperity of the world.”

He said that poverty, lack of education, and under development were the “root causes” of extremism and terrorism.

May was quoted in the statement as saying she “appreciated” Pakistan’s efforts and “its role as a bulwark against terrorism to contribute towards the regional and world’s stability”.

“She said that her government wants to work in a cooperative way with Pakistan on matters relating to counter terrorism.”

They are being taught how to use firearms and explosives in order to carry out shooting sprees in Britain, intelligence sources are cited as saying in the daily paper.

The report came after it emerged that Western intelligence agencies had uncovered an al Qaeda plot by Pakistan-based militants to attack Britain, France and Germany, according to security sources and media reports.

Militants were planning simultaneous strikes in London and cities in France and Germany, in attacks similar to those in Mumbai two years ago, British and US media reported.