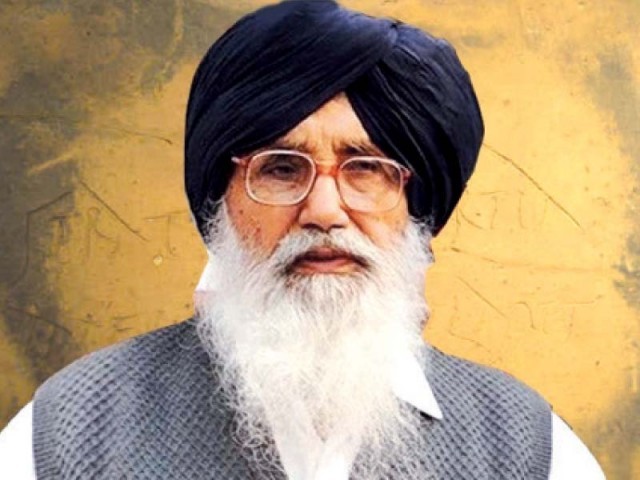 Chief Minister of Indian Punjab is likely to visit Pakistan during the last week of February, official sources told The Express Tribune on Tuesday.

Rawalpindi police are finalizing a security plan for Chief Minister Parkash Singh Badal, who along with some other officials will pay a visit to the town.

During a recent visit to India, Chief Minister Shahbaz Sharif reportedly had extended invitation to his Indian counterpart.

Sources in the police department said the Punjab government has directed them to take extraordinary security measures for the visit.

“We will provide foolproof security to the visiting chief minister and we have started   finalizing security plan,” said a senior police officer, who wished not to be named.

During the visit, CM Badal is likely to meet with Prime Minister Nawaz Sharif, his Pakistani counterpart Shahbaz Sharif and other political figures.

According to the sources, he may also visit Gurdwara Panja Sahib at Hassanabdal, one of the holiest places of Sikh religion.

Foreign office spokesperson Tasneem Aslam, when asked about the visit, said “since the Punjab government is dealing with this matter, I have no information when he is arriving.”