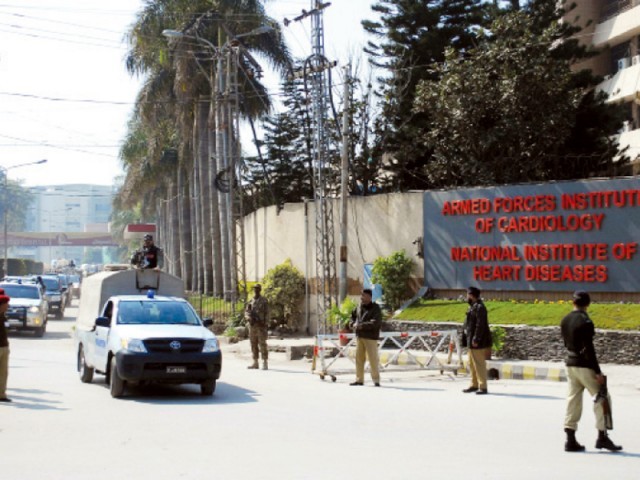 Law enforcement agencies had a busy Tuesday as they had to man separate routes for a former president and the incumbent with a two- hour timeframe.  Residents of Rawalpindi were left to suffer as a result.

Motorists were not allowed to ply their vehicles on highway and pedestrians were not even allowed to cross overhead bridges.

On Tuesday at 10:05am, President Mamnoon Hussain left for China from the Noor Khan Airbase for a three-day official visit. Although he took a helicopter from the presidency to the base, the road was closed in line with existing security protocols.

Later, former president Pervez Musharraf, who is facing a treason case, left Armed Forces Institute of Cardiology at 12:35pm to appear before a special court in Islamabad.

High security arrangements were put in place by the local administration on the Mall Road, Katcheri Road and Expressway. His security detail — a 12-vehicle motorcade — included a bullet-proof car, pilot vehicles, an ambulance and a fire engine.

Sources said that in Rawalpindi’s jurisdiction, around 1,000 security officials including 400 Rawalpindi policemen provided security to the former president.

A few dozen soldiers also were also deputed for the former president on Mall Road and Koral Chowk.

The Rawalpindi police’s pilot vehicles escorted Pervez Musharraf from AFIC to Koral Chowk, where the Islamabad Police took over.