Shahid­ullah Shahid says killin­gs of 23 FC men will be discus­sed in a meetin­g of the TTP shura.
By Web Desk / APP
Published: February 18, 2014
Tweet Email 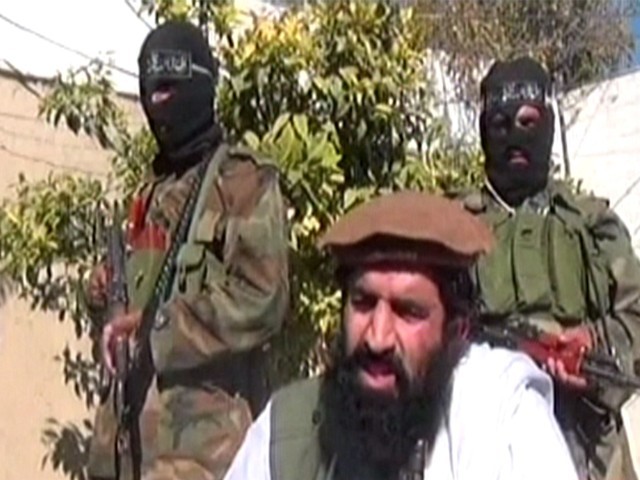 NORTH WAZIRISTAN: The Tehreek-e-Taliban Pakistan (TTP) spokesperson Shahidullah Shahid said that various groups of the TTP have been contacted regarding a decision on ceasefire, Express News reported on Tuesday.

Shahid also said that a decision will be made soon, adding that the TTP is taking the ongoing peace negotiations seriously.

Shahid also said that the issue will be discussed at a meeting of the TTP shura, adding that such incidents need to be avoided for the success of the peace talks.

The peace talks took a new turn two weeks after they began following a claim from the Mohmand Agency chapter of the TTP on February 16 that they had executed 23 soldiers who were kidnapped in June 2010.

The paramilitary soldiers from the FC vanished after the TTP attacked their check post in Mohmand tribal district on June 17, 2010.

Prime Minister Nawaz Sharif had called the deaths “heinous” and warned they would impact attempts at reconciliation, while government peace negotiators pulled out of scheduled talks.

The committee expressed its concern regarding the progress of the peace talks given recent attacks by militants. Earlier the committee urged the TTP to bring an end to all violent activities.

Meanwhile, the coordinator of the Taliban peace talk committee Maulana Yousaf Shah said that the TTP had assured that all its factions had agreed to a ceasefire, and that the Taliban wanted to continue with the peace talks.

All Taliban groups are bound to obey the decision of the TTP, he told APP.