Unknow­n milita­nts had plante­d the device and detona­ted it via a remote device.
By Our Correspondent
Published: February 17, 2014
Tweet Email 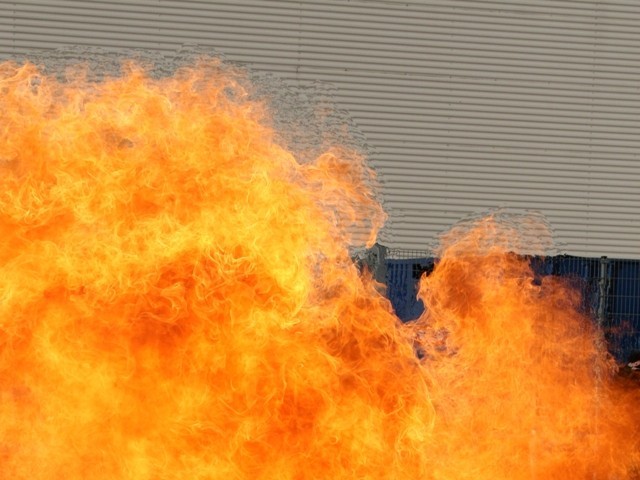 Unknown militants had planted the device and detonated it via a remote device. PHOTO: FILE

LAKKI MARWAT: A house was partially destroyed in Sarai Nourang tehsil of Lakki Marwat when a bomb planted by unknown militants near its boundary wall went off on Sunday.

Gul Hameed Khan, an official of Sarai Naurang police said that the incident occurred at around 9:05pm. He added that the sound of the explosion spread panic among residents of the area.

He explained that unknown militants had planted a bomb near the boundary wall of Aslam Khan’s house in a village in Narsahib Dad, Maidad Khel and detonated it via a remote device, destroying the main gate along with the boundary wall.

Khan added that no human loss was reported in the incident as the family members of Aslam were inside their rooms when the incident occurred.

Police had surrounded the area after the explosion and had launched a search operation. A case had not been registered at the time this report was filed.