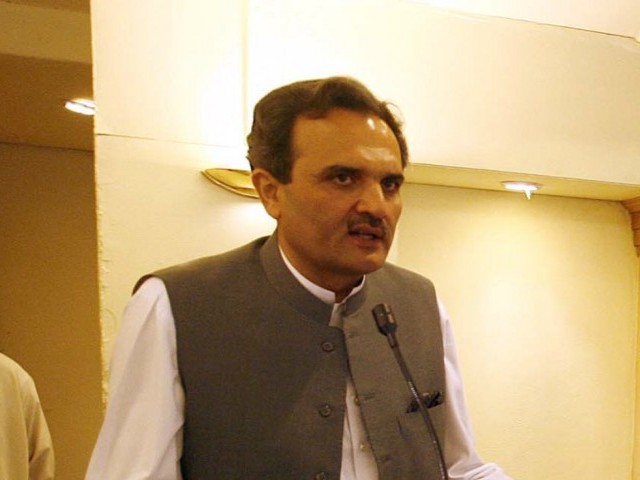 PESHAWAR: The former chief minister (CM) of Khyber-Pakhtunkhwa, Amir Haider Hoti has said that he formed an inquiry committee when he received reports of possible corruption in the weapons procurement deal that NAB is investigating.

According to sources familiar with the matter, Hoti appeared before a three-member committee of the National Accountability Bureau (NAB) on Thursday in Peshawar, one day before his scheduled date of appearance. The committee consisting of NAB Director Farmanullah, Colonel Hussain Afridi and investigation officer Sub-Inspector Inayat Khan was told by Hoti that the inquiry he formed was headed by the then finance secretary Sahibzada Syed.

The former minister further said the provincial government’s ongoing inquiry was stopped when NAB began its own investigation into the matter. He added he directed the chief secretary to make all records of the police department available to NAB whenever it required them.

Hoti, who is currently an MNA, expressed his willingness to provide all information the investigation officer wanted and also said he would make himself available whenever the investigation team requires his presence.

According to the insider, Hoti told the committee that he arrived a day ahead of his scheduled summons because he was informed by the home and tribal affairs department to restrict his scheduled movements.

NAB had summoned Hoti on February 14 while investigating a Rs7 billion contract of procuring weapons and other equipment for the K-P police department.

Former inspector general of K-P, Malik Naveed and a distant relative of Hoti, Raza Ali Khan are already behind bars in connection with the case, while Hoti’s former adviser Niaz Ali Shah was arrested on January 6 but he later paid Rs20 million voluntarily, after  which he was released.