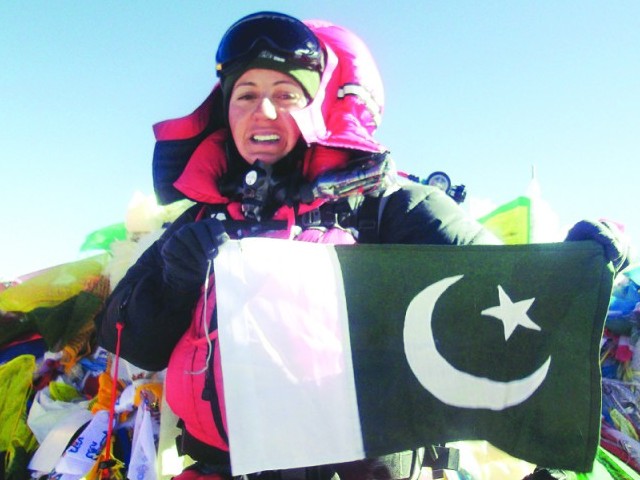 The sister-brother duo reached the top of the 5,895-metre Mount Kilimanjaro in Tanzania –  the highest mountain in Africa –  a little before 8am Pakistan Standard Time on Wednesday, Mehboob Ali, the elder brother of Baig and Ali, told The Express Tribune.

He said he spoke to his siblings over the phone before the ascent and after they had started their descent. He said they were healthy and in good spirits.

“I and my family are extremely happy and proud that Samina and Mirza are hoisting Pakistan’s flag on the mountain peaks of foreign continents,” he said. “Their achievement should be a matter of pride for the entire nation.”

This is the third of seven summits Baig and Ali, who belong to Shimshal, known as valley of mountaineers, in Gojal tehsil of Hunza-Nagar District in Gilgit-Baltistan (), have climbed together since they left Pakistan in December 2013 on their eight-month expedition.

Their mission is to climb the highest mountain on each of the planet’s seven continents, which are collectively referred to as the Seven Summits.

In a previous interview with The Express Tribune, Alpine Club of Pakistan officials had said Baig and Ali are likely to become the only siblings to ever accomplish this feat.

Baig and Ali have already conquered the 6,962-metre Mount Aconcagua in Argentina, South America, and the 4,892-metre Mount Vinson in Antarctica during the past two months.

Samina Baig successfully climbed Mount Everest in 2013, becoming the only Pakistani woman ever to scale the mountain. Mehboob Ali said the siblings will now return to Pakistan for a pit-stop on 16th February, before heading out to Indonesia to scale the Puncak Jaya peak there.