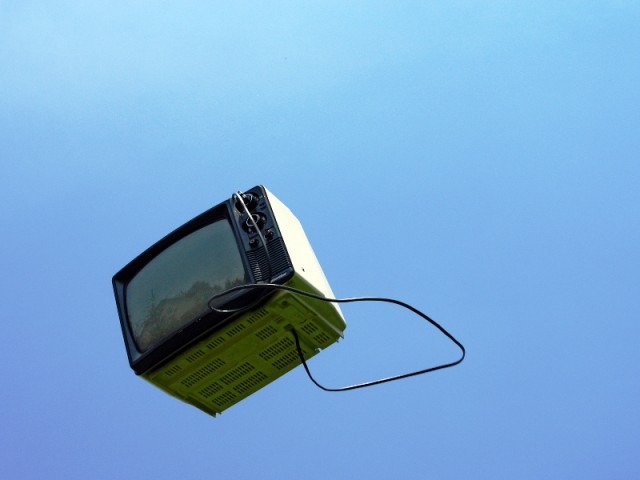 Report says Pakistan one of the most dangerous countries for journalists. PHOTO: FILE

Even as Pakistan’s media is described as vibrant and dynamic, the prospects of security for journalists are growing gradually dreary.

Media watchdog Reporters Without Borders (RSF) once again named Pakistan as one of the most dangerous countries for journalists in its annual World Press Freedom Index 2014 published on Wednesday. Placing Pakistan as the 158th country out of 180 on its index with seven journalists killed in 2013, the report noted, “The government seems powerless against not only the Taliban and other armed groups but also the military apparatus, which international observers describe as a ‘state within the state’.” It also highlighted Balochistan as Pakistan’s deadliest province.

The report faults the Pakistani government for its “lack of interest in rendering justice” and points at both state and non-state actors as perpetrators of violence.

With nine journalists killed in 2012, RSF last year placed Pakistan at 159 out of 179 countries in the index, and stated that the ability of journalists to work freely in the country continued to worsen in the absence of any government policy to protect media workers.

Commenting on the report, head of RSF’s Asia Pacific desk, Benjamin Ismail said, “The government is at the end of the chain of responsibility for the protection of journalists. They should respond to and tackle the issue.” He added that self-censorship is the effect of impunity in the case of journalist murders and attacks, and the complete absence of a reaction from the authorities contributes to the worsening situation. “No cases or resources are dedicated to solve these cases. The government simply cannot say ‘we tried and it did not work’. They need to act. Why are these murders not triggering a reaction?”

He was critical of the attitude of media houses which encourage journalists to rush to bomb sites, forgetting the possibility of a twin attack. “Media houses themselves have to tackle the issue of security,” said Ismail, adding that journalists must be trained to protect their sources and data from surveillance. They must be given helmets, bullet-proof jackets and handbooks on security, he said.

“The government can create a fund to assist the media in this training and provision of equipment ,” he added.