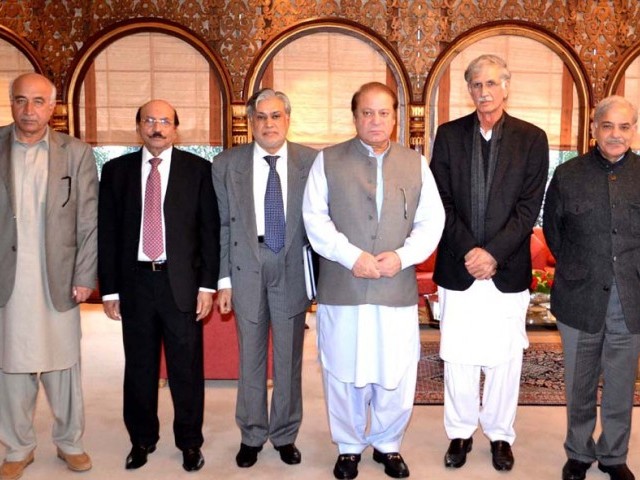 ISLAMABAD: The Council of Common Interest (CCI) on Monday decided to accord sovereign guarantees for the Thar coal project and to expedite transfer of properties to Pakistan Telecommunication Company Limited so that revenue of US $ 800 million is realised.

Chaired by prime minister Nawaz Sharif himself in the PM House, the 25th CCI was attended by chief ministers of Punjab, Sindh, Balochistan and Khyber Pakhtunkhwa.

Nawaz highlighted government’s limited resources to bear losses of state enterprises and how unnecessary recruitments and corruption has resulted in miss-management at these organisations and privatisation was the only solution. In this respect he sought support from all the provinces in the government’s decision to continue with the policy of 2011 on privatising power sector entities including DISCOs and GENCOs.

Prime Minister directed that provincial consultation should be mandatory before appointment of Board Members in public sector companies so that equal representation is ensured. CCI was presented with Annual Report for the year 2012-13, which was approved.

In this regard, Ministry of Water and Power was directed to hold meetings with all provinces to discuss the principles and decide upon mechanism for at-source deduction of outstanding power sector payables of provinces.

CCI expressed its dissatisfaction over the performance of National Electric Power Regulatory Authority (NEPRA) and it was decided that a diagnostic analysis be conducted in order to improve its performance.

On the issue of purchase of 20 per cent shares of Pakistan Petroleum Limited, Oil Gas and Development Company Limited, Sui Southern Gas Company Limited at their face value under the Aghaz-e-Haqooq-e-Balochistan, Prime Minister directed the Finance Division to hold detailed consultations with Provinces.

The CCI also approved issuance of sovereign guarantee for Thar coal mining project. Moreover, it was decided that Sovereign Guarantees would be provided for all future coal based projects. Nawaz said that Thar Coal is an important national Project which has to be fully supported as it would provide the much needed electricity at cheap rates.

The Pakistan Engineering Council (Amendment) Bill 2013 was approved by the CCI.