The Beatles hit the big five-oh!

The Beatles hit the big five-oh! 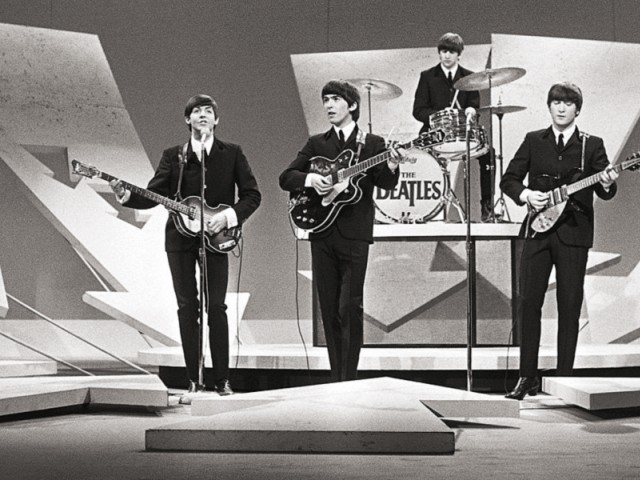 McCartney and Starr shared how difficult it was to hear through the screams of teenage girls who filled the theatre fifty years ago. PHOTO: FILE

Fifty years ago, when the Beatles first took centre stage in the United States, they received mixed to negative reviews from critics.

The British band members were dubbed as “crowned heads of anti-music,” and it was portended that their “unbelievably horrible” and “appallingly unmusical” music wouldn’t stand the test of time (William F Buckley Jr, Boston Globe), according to latimes.com.

“Will The Beatles last?” was a popular question that the Newsweek responded to with a solemn ‘yes and no.’ “The odds are that they will fade away… but the odds in show business have a way of being broken, and The Beatles have more showmanship than any group in years.”

Of course, the odds worked in favour of The Beatles, which came to be known as the most influential and iconic British Rock ‘n’ Roll band ever to have invaded the American music scene.

In honour of the seven-time Grammy award-winning band, CBS hosted a special live event on Sunday evening titled ‘The Beatles: The Night That Changed America.”

To celebrate the band’s unprecedented success, the television event was broadcast exactly 50 years to the day, date and time of the band’s USA debut on the Ed Sullivan Show, according to E! Online.

Movers and shakers of the music industry attended the event to rejoice with The Beatles remaining two members Sir Paul McCartney and Ringo Starr. Artistes including Stevie Wonder, John Legend, Katy Perry, Alicia Keys and Maroon 5 sang some of the band’s most memorable songs.

English singer-songwriter Ed Sheeran sang an acoustic rendition of In My Life. John Mayer and Keith Urban performed a guitar-duel cover of Don’t Let Me Down.

Perry performed a ballad of Yesterday and Maroon 5 sang a power-packed version of All My Loving and Ticket to Ride.

On returning to the Ed Sullivan Theatre, McCartney and Starr reminisced about the time they played there for the first time. “It’s like going back to your old school,” McCartney said.

The US Box Office: Hollywood’s top 5 movies of the week