Jaish-ul Adl has said it was behind the kidnap­ping in the provin­ce of Sistan-Baluch­estan.
By AFP
Published: February 10, 2014
Tweet Email 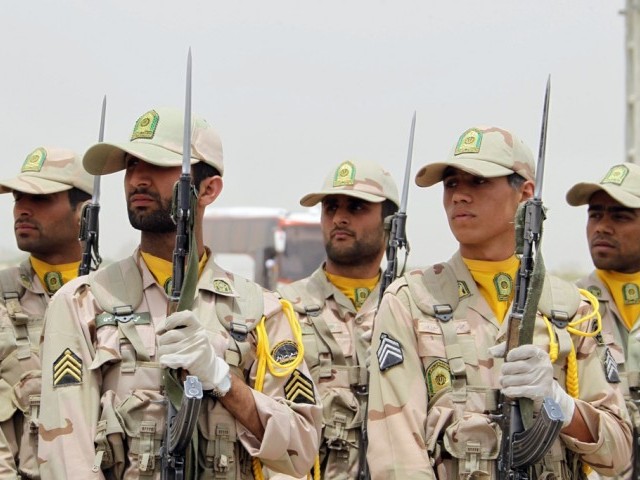 TEHRAN: Iran on Sunday denounced what it called Pakistan’s ‘inability’ to secure its own borders after five Iranian soldiers were kidnapped and taken across the border by insurgents.

“We are unhappy with the Pakistani government over the abduction of our guards and their transfer to Pakistan,” Fars news agency quoted police chief Esmail Ahmadi-Moghadam as saying.

Jaish-ul Adl has said it was behind the kidnapping in the province of Sistan-Baluchestan.

The group posted pictures on its Facebook page it said were of the soldiers, handcuffed and being held in an unknown location.

The foreign ministry in Tehran summoned Pakistan’s charge d’affaires, demanding that Islamabad “act firmly against the leaders and members of the terrorist group who have fled into Pakistan,” media reports said.

The Sistan-Baluchestan province has been the scene of unrest in recent years.

Secret guest at KLF was US Ambassador Richard Olson