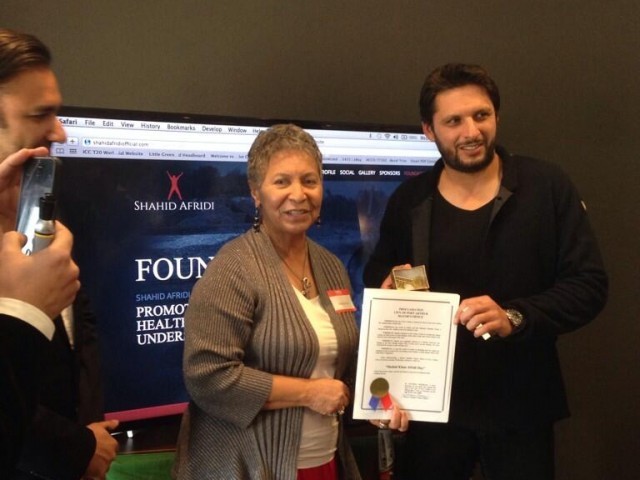 Anjum Tahirkheli, chair to the Afridi Foundation, tweeted that Shahid Afridi was also honoured by being given the keys to the City of Port Arthur, Texas.

Afridi is currently in the US on the Islamic Circle of North America’s (ICNA) invitation. He will be visiting New York, New Jersey and Florida on February 7, 8 and 9, he said in an ICNA video.

The ICNA has also organised a cricket camp in New Jersey.

However, before hitting New York, Afridi visited Louisiana and Texas, where he is also fundraising for his Shahid Afridi Foundation.

overwhelming response from today's event. Great evening and enthusiasm from the crowd who showed their generosity! pic.twitter.com/6UHtMYpy7c