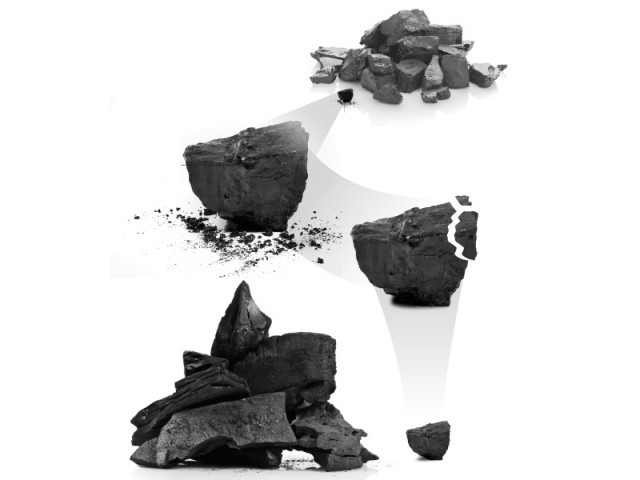 The project is being jointly spearheaded by Engro Corporation and Sindh government under a $1.6 billion investment plan. DESIGN: FAIZAN DAWOOD

It is finally happening. A long-awaited work in the Tharparkar district to spud out coal, after a study in early 1990s showed billions of tons of underlying reserves, starts today. And this is the actual physical work that involves hundreds of labourers and heavy-duty machinery to remove the sand.

Prime Minister Nawaz Sharif will kick off the project, being jointly spearheaded by Engro Corporation and Sindh government under a $1.6 billion investment plan.

“There is a perception that this is just talk and nothing’s actually happening,” Shamsuddin A Shaikh, Sindh Engro Coal Mining Company (SECMC) CEO, told The Express Tribune.

“But the fact that the prime minister is coming for the ceremony shows Pakistan is going to do this.”

SECMC officials met the premier on Wednesday in a two-hour meeting and succeeded in sorting out policy issues and getting a firm backing of the federal government.

Besides the mining, the project also involves six coal-fired power plants of 660 megawatt (MW) each − something that energy experts say should have been done a long time back.

In the coming days, thousands of tons of sand will be moved, Shaikh said. “We have to take care of 10 to 15 metres of sand before the mining starts. Then this open-pit mine will go to a depth of around 130 meters.”

The initial task of removing sand will be completed within the next six months, he said. “By the time it is completed we would have reached the financial close.”

SECMC is in talks with the Export-Import Bank of China and the Industrial and Commercial Bank of China to fund mining and power projects, respectively.

“The banks had some concerns. They wanted to know how serious we are. But now we have everything with us to pacify them,” Shaikh said.

“Sindh government has already transferred $100 million in a special account. Another $50 million comes later. Engro will arrange $150 million along with some other business groups.”

Shaikh said that now since the project finally takes off many business groups were coming forward to take part.

The company also plans to raise some part of equity by listing shares at the stock exchange. The investment offers internal rate of return of 20.5% along with protections, which independent power producers enjoy.

“It is very important that everyone knows that the government is according top priority to developing Thar coal project. We have specifically received the prime minister’s assurance on this.”

Industry people have been sceptical about the government’s energy policy. It is pursuing multiple power projects, which will use imported coal.

“Out of the 10 priority projects of the government, Thar coal is third in ranking, just behind Gadani Power Park and a hydropower plant. Luckily, we are at the most advanced stage. This will work in our favour,” Shaikh said.

Construction work on mining and power plants will be completed three years after the financial close. SECMC expects to sign financial agreements by July, 2014.