Creeping censorship: Spotflux claims its service is being 'actively blocked' in Pakistan

Creeping censorship: Spotflux claims its service is being 'actively blocked' in Pakistan 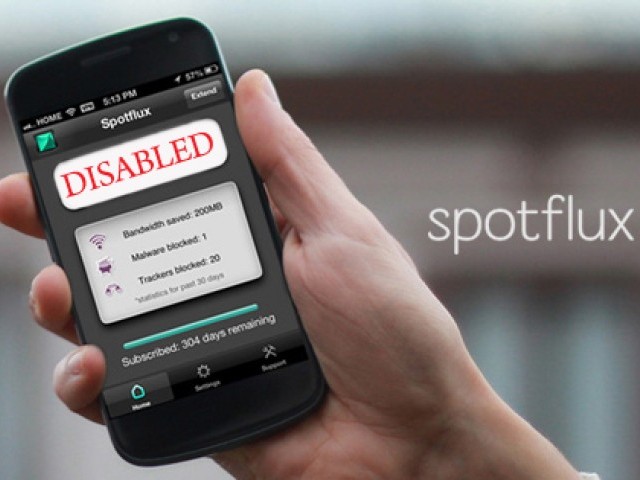 According to the official facebook page of Spotflux, they have collected substantial proof that the government is blocking their datacentres in Pakistan. PHOTO: facebook.com/spotflux

After weeks of user complaints that the free virtual private network (VPN) service Spotflux was not working in Pakistan, the service claimed on Monday that it had proof its datacentres were being actively blocked in Pakistan.

In a message posted on their official facebook page on Monday, Spotflux claimed that they have collected substantial proof that Pakistani authorities were blocking their datacentres.

Today we have collected enough proof that the government of Pakistan is actively blocking our datacenters. We will most likely write a detailed blog post about this in the near future and communicate our findings to relevant media sources. While we will continue to work on a solution to provide access to all regions, please understand that this may take some time. For those of you living in Pakistan: let your voices be heard not to us but to those who seek to oppress your basic human rights.

Spotflux is a New York based start-up that creates tools to protect privacy and security of users while retaining full access to information regardless of their location. However, at the top of their website, Spotflux note that their service is currently unavailable in Pakistan.

Users in Rawalpindi, Wah Cantonment, Lahore, Islamabad, Hyderabad, Peshawar, Karachi, Bahawalpur and Sukkur told The Express Tribune on its Facebook page that they were unable to use Spotflux. The users could not get through the network while using Wi-Tribe, Mobilink, PTCL, Wateen and Qubee internet connections.

Is anyone else's Spotflux not working?

Ref VPN issues, sent diagnostic data dump to Spotflux yesterday. Their reply: "We are currently tracking some connection problems in …>

So what happened to Spotflux? Is it blocked in #Pakistan or something? Hasn't been working for a few days now. @spotflux

A week later, flooded by complaints, Spotflux said that it was looking into the issue.

For users in Pakistan having trouble connecting to Spotflux: Rest assured we are working on a solution to the problem, but unfortunately we cannot predict when we may have you back up and running.

However, people were still looking for alternatives to access their favourite sites.

Yes I need some help too RT @fatah_pak: @Spotflux has refused to work any other Proxy VPN besides this and hotspot/??

Spotflux not working on my laptops for over a week now. Anyone else having this prob? Any other good proxy server? #Pakistan

When YouTube was blocked in Pakistan in September 2012, people turned to using VPN services like ‘Spotflux’ or proxy servers to by-pass the blocks instituted by government and access websites.

In November last year, the Internet Movie Database (IMDb), a widely used online entertainment news portal, was also blocked by the authorities, only to be restored a day later.

A Tribune survey last year had found that over 80% of respondents used a VPN or proxy server to access content blocked in Pakistan.