Five others were injure­d when a remote-contro­lled bomb was detona­ted.
By Zulfiqar Ali
Published: January 28, 2014
Tweet Email 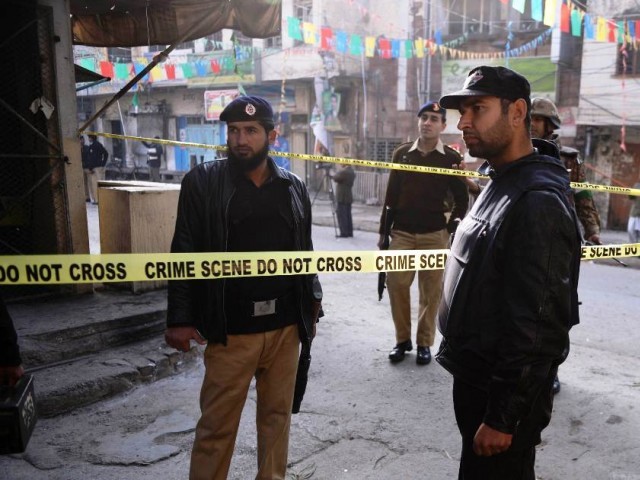 Five others were injured when a remote-controlled bomb was detonated. PHOTO: AFP

A police mobile targeted by unidentified persons in the Tank district left one security official dead and five others injured, police officials said on Monday.

The official said the explosion was caused when a remote-controlled improvised explosive device (IED) was detonated in Gomel. He also said that the police vehicle was on its routine patrol route when the roadside bomb struck. Assistant Sub-inspector (ASI) of police Jamil was killed while constables Asmatullah, Shahfiullah, Irfan, Ghullam Ishaq and driver Allauddin were injured.

After the incident, the senior police officials of Tank reached the scene and conducted search operations. However, en route to the scene of the crime, another police vehicle met with a road accident in which one policeman Mir Abas was killed.

The funeral prayers of both police officials were performed, after which they were taken to their hometowns for burial. ASI Jamil was taken to his hometown graveyard in Kuchi Payanda Khan in DI Khan.

The Gomel police station in Tank has lodged an FIR against ‘unknown persons’, the police official further added.

Gomel lies on the South-West side of Tank city, touching the border of South Waziristan Agency.