Over 90% of Pine availa­ble in Pakist­an comes from Afghan­istan.
By Our Correspondents / Creative: Talha Khan
Published: January 26, 2014
Tweet Email 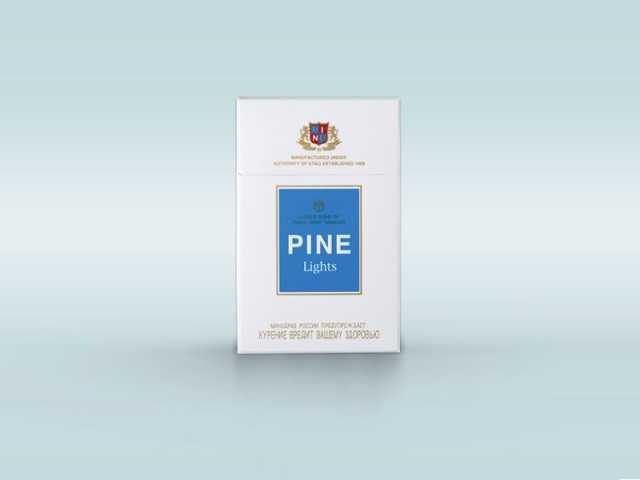 This report focuses on Pine, a low-end cigarette brand and the largest contributor to the contraband (smuggled) cigarettes category.

“Pine has no legal presence in the market and is sold below the lowest price of legal cigarettes,” a Phillip Morris Pakistan official said while responding to queries.

Produced by the Korean tobacco giant Korea Tomorrow and Global (KT&G) Corp, Pine creates an anti-competitive market as it costs the legitimate industry Rs500 million a year in potential revenue loss, said an official who asked not to be named.

Various studies, including the one on Pine, have been conducted about the local trade of contraband cigarettes, which cannot be imported.

According to Euromonitor International, a global research firm for consumer markets, smuggled cigarettes were over 12% or 2.8 billion sticks of the total illicit tobacco trade in 2011. More than two-third of that number was Pine, said industry sources.

These unspecified cigarettes, the report said, might include Pine brand that entered Pakistan via Afghanistan border, violating the Afghan Transit Trade Agreement, which prohibits their transit movement.

Over 90% of Pine available in Pakistan comes from Afghanistan through illicit trade, meaning applicable duties and taxes are not paid, according to a privately commissioned surveillance report.

The report nailed the entire supply chain of the brand. It is supplied to Khyber-Pakhtunkhwa and Punjab via Torkham whereas Chaman route facilitates supplies to Balochistan and Sindh, according to the report prepared at the end of 2010.

The report included names, contact numbers, location of shops and residences and pictures of the main players involved in the illegal trade of Pine.

There has been a notable reduction in Pine’s trade, especially in Punjab, since that study, said industry sources. Pine was 30% of the illicit tobacco market in 2010 – the number dropped to 12% in 2012.

The Federal Board of Revenue (FBR) is trying its best first to minimise and ultimately eliminate this menace, it said in response to queries. “Recently, more than one million sticks were seized in Lahore,” it added.

It was perhaps the effective enforcement by the FBR that Pine was found to be short in Lahore when The Express Tribune surveyed the market. None of the retailers visited were willing to talk about the brand.

The FBR had been very active in Lahore for the past 12 months as some of the retailers were raided last year. However, it was also found that some retailers were selling Pine to regular and trustworthy customers.

The top tax watchdog has set up mobile teams across the country to fight the illicit trade and is running an aggressive campaign, warning retailers and wholesalers of the consequences.

The penalties for the trade of contraband cigarettes include Rs50,000 in fine, 500% payment of duty, five years of imprisonment and confiscation of stocks, which are frequently advertised by the Directorate of Intelligence and Investigation, Inland Revenue, an arm of the FBR.

In contrast, Pine is still widely available and openly sold at many retail shops in the country’s largest metropolitan city. None of the retailers, surveyed in Karachi, knew it was illegal to sell Pine.

None of them was raided or ran short of stocks during the last five years, according to the findings. Only one retailer said his wholesaler temporarily stopped supplies five months ago amid pressure from tax agents.

Though reduced, Pine’s trade can be stopped completely through enforcement measures on the borders, said an official.

Alokozay Group, a Dubai-based distributor, imports one billion Pine cigarettes for Afghanistan, a market of only 20 million sticks, he said. The remainder is allegedly smuggled into Pakistan. Alokozay did not respond to the online query sent to it.

In April 2011, Pakistan Embassy in Seoul raised this issue with the Korean government but apart from Korea, illicit cigarettes come to Pakistan from other routes, such as Afghanistan and China, the FBR said.

“Along with taking up the matter with the manufacturer [KT&G], other measures for effective controls are also required, which the FBR is currently taking,” it said.

Phillip Morris suggested border control should be improved not only for smuggled cigarettes but also for undeclared raw material. An industry official, however, pointed out that the border region is out of the FBR’s jurisdiction and Customs should play its role here.

reporting by Farooq baloch in Karachi and Shahram Haq in Lahore

Curtailment of smuggling a hard nut to crack