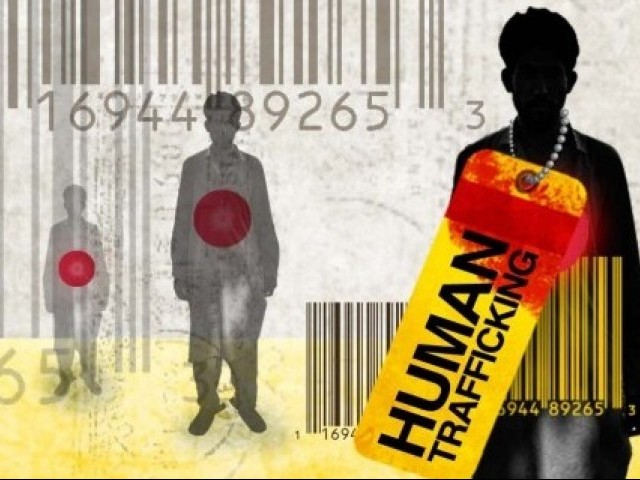 An 18 per cent increase in the number of individuals deported back last year has ranked Pakistanis among the top 10 most-detected nationalities attempting irregular migration. PHOTO: FILE

Illegal migrants, no matter which country they belong to, risk life and limb for a shot at a better life. They often take the perilous road to greener pastures, prodded on by ruthless human trafficking syndicates. Pakistan, whose border controls are notoriously lax and shoddy, bears the brunt of this dangerous inflow and outflow of fortune-hunters.

Small wonder, then, that Pakistan continues to feature prominently in international studies documenting the scale of the problem. On January 23, for instance, the United Nations Office on Drugs and Crime (UNODC) launched a report in Islamabad, naming Pakistan among the few countries facing human trafficking and illegal migration challenges.

An 18 per cent increase in the number of individuals deported back last year has ranked Pakistanis among the top 10 most-detected nationalities attempting irregular migration, says the report. This jump in deportation over a one-year period — numerically put at 66,427 individuals — is principally from the European Union states and the Middle East.

Particularly worrying is the UNODC representative’s observation that Pakistani males being trafficked into the European Union are put to forced labour, with their travel being facilitated by criminal rings using fraudulently obtained papers.

One can only imagine the horrid suffering the people taking this hazardous route encounter. Stories of boats laden with hordes of would-be migrants to Europe capsizing in rough seas keep appearing in the media to instil fear in the hearts of the audience. Little do they serve to deter the intrepid travellers, though.

Do we forget the watery death of 300 African migrants near the Italian island of Lampedusa in October last year? The boat they were travelling in headed from North Africa to southern Europe, when it caught fire and sank in one of the worst disasters to hit the area in recent years. Their hopes of making it big in the land of promise were extinguished with that disaster.

Likewise, little is known of the fate of some 55 people belonging to Quetta’s Hazara community who had gone missing along with some 150 others as their boat met with a similar tragedy in December 2011. Terrified passengers on the boat that was heading for Australia were left to drown as it broke apart in stormy seas about 90km off the coast of Java (Indonesia), according to the accounts of surviving asylum seekers. Most of those gone missing were aged between 19 and 22 years.

Similar heart-wrenching tales keep coming to light because human trafficking mafias remain in super active mode in the country, dodging the law’s dragnet. They entice the unsuspecting simpletons with promises of great future abroad and rob them of their life-savings. They put the poor souls on a circuitous route to the promised land, whose hazards they come to know rather too late.

Equally of concern is the large populace of illegal migrants living in Pakistan, bringing in their wake law and order issues, as well as putting added strain on the already scarce resources of the country. Afghans constitute the largest proportion of this community. As the UNODC representative has rightly pointed out, post-2014 US withdrawal from Afghanistan could further result in an added influx of Afghans, a situation Pakistan appears not ready to handle. If nothing else, Islamabad should, at least, better coordinate with Kabul to mitigate the looming challenge and work towards improving border controls so that illegal migrants do not find an easy access to Pakistani towns. At the same time, the Federal Investigation Agency should redouble its efforts to bust gangs of human traffickers, whose heartless business and devious means keep ruining families and their breadwinners. The crackdown should be no less ruthless as the means the criminals employ to trap the gullible.