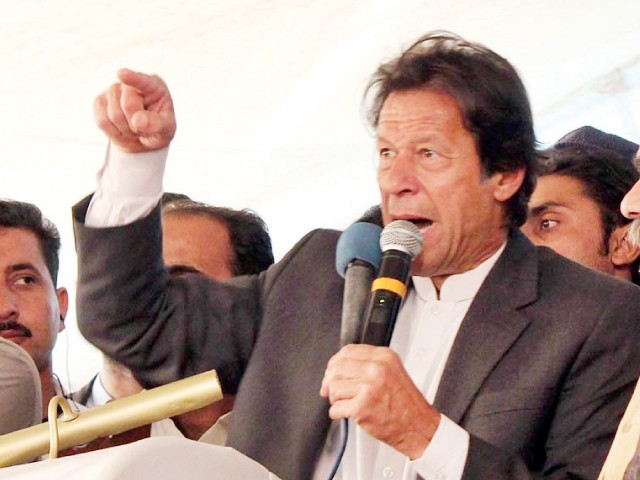 Pakistan Tehreek-e-Insaf (PTI) Chairman Imran Khan said on Wednesday that if the government has decided to launch a military operation against militants, it should brief parliament in-camera. Khan’s statement came hours after Jamiat Ulema-e-Islam-Sami (JUI-S) chief Maulana Samiul Haq withdrew his offer of brokering a truce between the government and Tehreek-e-Taliban Pakistan (TTP).

He said that all political parties had mandated the government to initiate peace talks with militants but the government never followed through. “We never heard back from them [government officials] regarding the status of the talks.”

The interior minister has repeatedly said that half of the militant groups support talks, so they should be identified and those opposing dialogue should be isolated, he argued.

Another supporter of peace talks, Maulana Samiul Haq, said on Wednesday that he has written to the PM warning him of the consequences of a military operation.

In a press statement issued from Darul Uloom Haqqania, Maulana Samiul Haq said that he had taken steps towards negotiations on January 1 after meeting the prime minister on December 31. He claimed that he had received a positive response from the TTP.

Maulana Sami said he had informed the premier about the militants’ response two days after their meeting and thereafter, he has been waiting for the premier to inform him about the strategy for talks. But he got no response despite several attempts to contact the prime minister.

According to him, he had decided to act as a mediator for “the sake of God, humanity, and the integrity and solidarity of the country”, but he could no longer do it.

The Idiot’s Guide to the Stock Market