Khushhali Bank: With drop in market share, enthusiasm does not die

Khushhali Bank: With drop in market share, enthusiasm does not die

Microf­inance holds huge appeal as 90% of market yet to be tapped.
By Shahram Haq
Published: January 20, 2014
Tweet Email 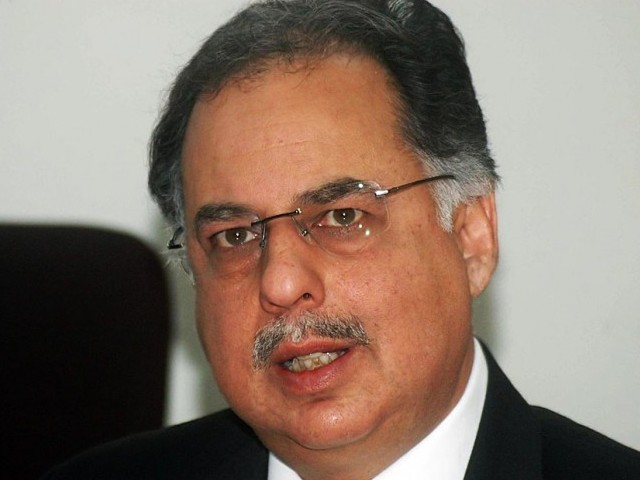 “To date, around 2.8 million active borrowers have benefited, which constitute only 10% of the microfinance market,” says Khushhali Bank President Ghalib Nishter. PHOTO: ONLINE

LAHORE: Despite a drop of two percentage points in its share in the microfinance market, Khushhali Bank President Ghalib Nishter is enthusiastic, believing that the bank will continue to lead in the micro-loan category on the premise that around 90% of the market is yet to be tapped.

In an interview with The Express Tribune, Nishter described microfinance as a healthy and growing sector that had made marked progress over the last few years.

“To date, around 2.8 million active borrowers have benefited, which constitute only 10% of the microfinance market,” he said. “Microfinance holds huge appeal for consumers with enormous potential to grow in coming years.”

Being the first licensed microfinance bank in Pakistan, Khushhali Bank kicked off operations in 2000 and is still a market leader. Though its active borrowers dropped to 20% of the market in financial year 2012 from 22% in 2011, revenues grew 27% in the year.

This supported the net profits, which improved to Rs168 million, up 11% compared to 2011. Nishter attributed the growth in the balance sheet to improved non-fund income, product diversification and recovery of bad debts, which emerged after successive floods in the country.

“Floods in 2010 and 2011 impacted the bank’s operations badly in rural areas; these were one of the toughest years for the microfinance sector,” he remarked.

The bank has diversified its product line, catering to the needs of different segments of the society, still its core focus is on rural areas of the country. Since its acquisition in 2012 by a consortium led by United Bank Limited, the new management is making inroads into the market much faster with the diversified product line to grab a maximum share.

Unlike commercial banks, micro loans are offered in a simpler way. Khushhali Bank’s staff in collaboration with local communities in different areas searches for those looking for some financing to start or enhance their small-scale businesses.

Loan amount ranges from Rs10,000 to Rs150,000, depending on the need of the borrower. Recently, the bank has launched a microenterprise product, allowing a borrower to secure loans up to Rs500,000.

Though interest rate for these loans stands at a high around 31%, but the bank claims that the figure drops to 17% by applying the Reducing Balance Method.

The level further falls to 14% for the loan period, which normally ranges between three months and one year, if the credit history of the borrower remains good. Once the loan cycle ends, the borrower can apply for another one on the same day.

Getting the money back

The attitude of bank staff while making recoveries is not offensive. This is endorsed by clients like Tasleem Shahid, a resident of Lahore.

“I have taken a second loan from the bank, not me or any other borrower of my area has any complaints, though in some cases borrowers get a little bit late in paying an instalment,” she said.

“The friendly behaviour of bank staff encouraged me to apply for another loan, now I am earning around Rs20,000 from my small shoe-stitching business,” she added.

According to Nishter, the bank’s loan recovery ratio is 98% and has a retention rate of almost 75%.