Lawyer­s of the accuse­d say they receiv­ed news of the procee­dings the night before.
By Our Correspondent
Published: January 18, 2014
Tweet Email 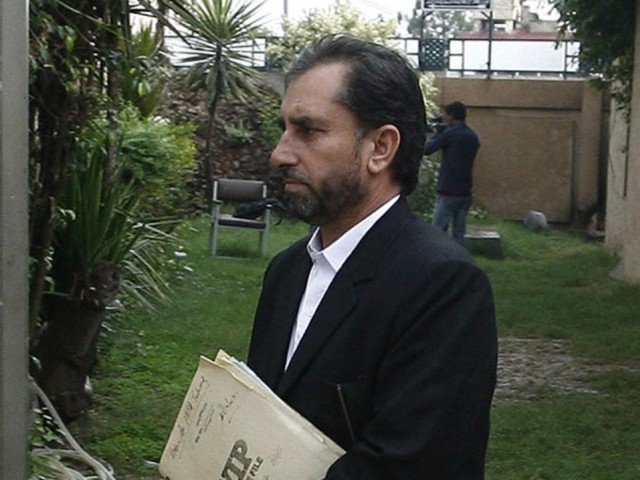 PESHAWAR: The case hearing of Dr Shakil Afridi was not conducted on Friday due to the absence of his lawyers in the office of the Frontier Crimes Regulation (FCR) commissioner.

Shakil’s lawyer, Samiullah Afridi, told reporters they had received information about the proceedings a night before the hearing. He said they could not have prepared a file in so short a time, especially keeping in view the sensitivity of the case. Samiullah said they had contacted the FCR office to give them another date for hearing but could not get a reply. He added that they will approach the commissioner again to get a date.

The FCR commissioner is hearing Afridi’s case, which was sent to him by the Federally Administered Tribal Areas (FATA) Tribunal, directing him to remove the ambiguity in the first order issued by his predecessor, commissioner Sahibzada Muhammad Anis, who passed away last year.

On December 18, the FATA Tribunal disposed of the review petition filed by Afridi which sought a fresh trial, right of bail and recording of statements in front of the accused and new jirga members. The tribunal then remanded the case back to FCR commissioner, terming the previous order as ambiguous and self-contradictory.

Afridi, presently in Peshawar Central Jail, was arrested in May 2011 for allegedly helping the CIA track down former al-Qaeda chief Osama bin Laden under the cover of carrying out a vaccination campaign in Abbottabad. He was later sentenced to 33 years in prison by the assistant political agent of Bara for aiding banned militant outfit Lashkar-e-Islam. His sentence was overturned on August 29 by commissioner FCR and the political agent of Khyber Agency was directed to hear the case again.

On January 15, US lawmakers set the condition that Pakistan will get its due 33 million dollars in aid only if they release Dr Shakil Afridi.