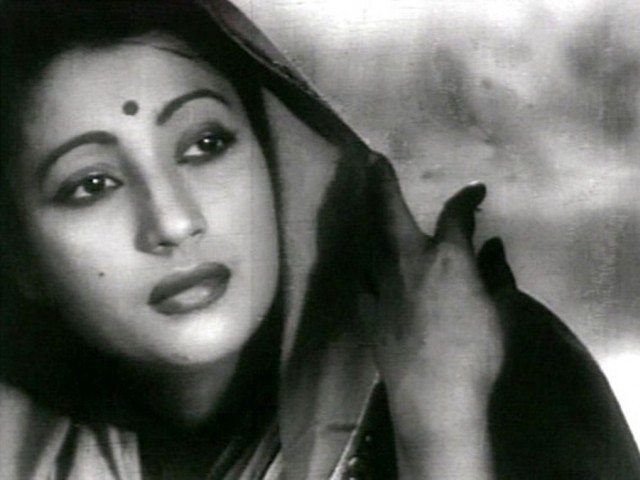 The 82-year-old actress, under treatment at the Belle Vue Clinic for the last 26 days following serious respiratory problems, breathed her last at 8:25am, according to Subir Mondal who was part of the medical team treating her.

A widow, Sen leaves behind her daughter Moon Moon Sen and grand-daughters Riya and Raima – all three having taken to acting as a career.

The last rites would be performed at the Keoratala Crematorium Friday afternoon.

After battling for life over the past few days, Sen’s condition deteriorated Thursday night as her oxygen saturation level dipped, prompting the doctors to put her on non-invasive ventilation.

“In the morning, she suffered a sudden cardiac arrest, only 15 minutes after the medical team had seen her at the intensive therapy unit. It was massive and nothing could be done,” Mondal said.

West Bengal Chief Minister Mamata Banerjee rushed to the nursing home soon after receiving the sad news, and officially announced it to the waiting mediapersons a little later.

“She was a wonder,” said Banerjee.

Sen, the most popular Bengali actor ever, dominated the film world at Tollygunge (the South Kolkata area known for its film studios) from the mid 1950s to the mid 1970s.

Known for her romantic on-screen mannerisms like a slight movement of the neck and deep, penetrating look with her large, beautiful eyes that broke many a male heart, Sen was the second Indian actor to win an international award – after Nargis when she was selected as the best actress in the Moscow Film Festival for the movie Saat Pake Bandha.

Though not so active in Bollywood, she wowed the Hindi film audience whenever she appeared in a film – be it Devdas, Mamta or Aandhi.

During an acting career spanning quarter of a century, Sen acted in 52 Bengali and seven Hindi films, according to her biographer Gopal Krishna Roy.

With the legendary Uttam Kumar, Sen formed the greatest romantic pair in Bengali movies. They churned out one hit after another and the era is rated as the golden period of Bengali cinema.

However, since retiring from the silver screen in 1978 after the box office failure of the Bengali movie Pronoy Pasha, Sen withdrew from public life, shunning the media, professional friends and even refusing to meet VIPs like ministers and celebrities.

Only a small circle of relatives and friends had access to the reclusive actress, and over the years, she began to be called the Greta Garbo of Indian cinema after the Sweden-born Hollywood actress, who steered clear of publicity for about 40 years till her death.

Born Rama Dasggupta in 1931 at Pabna, now in Bangladesh, she entered films as Suchitra after her marriage to Dibanath Sen and became a star with her first released movie Sare Chuattor – an evergreen comedy – in 1953, that also featured Uttam Kumar.

Thus began the journey of the Bengali movie world’s greatest box office hit pair, and they drew the crowds like magnets for three decades, featuring together in 30 films.

Some of the most notable of them are Agnipariksha, Ora Thake Odhare, Shap Mochan, Harano Sur, Pathey Holo Deri, Saptapadi and Haar Mana Haar.

She delved into Hindi films with Devdas in 1955 opposite Dilip Kumar, where she played the hero’s childhood sweetheart Parvati or Paro. Despite several remakes, Sen’s Paro is still considered the best.

The pair bonded again in the Bollywood venture Musafir after two years.

Sen acted opposite Dev Anand in Bombai Ka Babu and Sarhad in 1960, before pairing with Dharmendra in Mamta (1966).

In 1975, Sen played the title role opposite Sanjeev Kumar in Aandhi, said to have been inspired by the life of then Indian Prime Minister Indira Gandhi, winning a filmfare nomination for best actress.

Fiercely protective of her privacy, she even turned down in 2005 the Dadasaheb Phalke Award, the highest honour in Indian cinema, as she would have had to collect it in person from the president.

In 2012, the West Bengal government’s conferred its highest award ‘Banga Bibhushan’ on Sen in absentia.