Has Rohail Hyatt fizzled out from Coke Studio?

Has Rohail Hyatt fizzled out from Coke Studio?

The rumour mill is rife with specul­ations as to whethe­r someon­e new might be taking over the produc­er’s chair.
By Rafay Mahmood
Published: January 15, 2014
Tweet Email 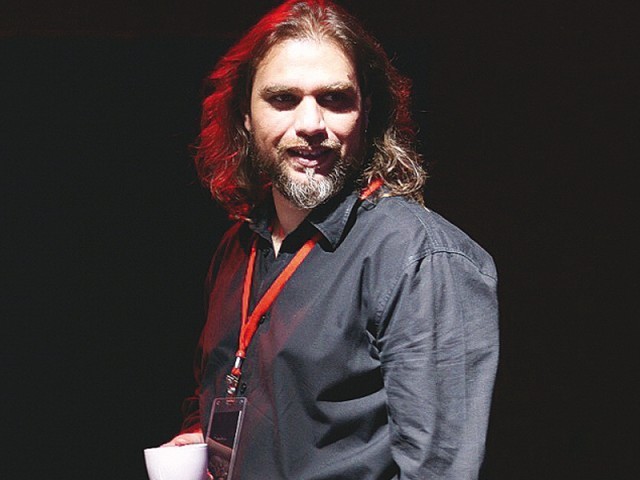 Strings appears to be leading the pack of those that are being considered as possible replacements for Hyatt. PHOTO: FILE

Coke Studio season 6 not only saw an abrupt ending, but also may be looking towards an entirely new beginning. Owing to the decreasing popularity of the show, along with some legal issues Coke Studio is facing, the entire project is headed for a complete re-branding.

Doing so also, ultimately, entails a new producer for South Asia’s most widely watched music show which, according to our sources in Coke Studio, has a planned run for a minimum of ten seasons.

Rohail Hyatt, who has, so far, been producing the show, left for Thailand last Sunday. Hyatt ended the latest season of Coke Studio hastily, producing only five episodes instead of the expected eight. It appears that even some key members weren’t aware that the number of episodes had been cut down, and so drastically at that.

“All I knew was that this wasn’t supposed to be the last episode, at least another episode or two were in the pipeline,” says an individual who is part of the Coke Studio team.

The Express Tribune has repeatedly attempted to approach Hyatt over the last two weeks in order to obtain his version of recent events and to determine his future with the project. Hyatt did not respond, and is now out of the country.

It appears that plans to replace Hyatt had been under way well before the sixth season of Coke Studio went into production, as multiple popular music producers from Pakistan were approached by the Coca Cola marketing team as early as March last year.

However, there is a strong rumour in the music industry that, owing to their popular name and established song writing skills, the band Strings will be a probable replacement for Hyatt.

The band has reportedly been approaching seasoned sound technicians and production teams for a three-month-long studio project recently.  With the kind of music Strings has come up with for Moor, a consideration to spearhead a new era for Coke Studio is not at all surprising.

While there still appears to be a possibility that Hyatt might stay on as a supervising producer, it is likely that he will no longer be solely handling the reins of the show. Those that are being approached might feature as guest producers from the next season on, in a format that it similar to that of Coke Studio @MTV from across the border.

We did manage to get in touch with the band, which is currently touring internationally, but they chose to remain tight-lipped regarding their possible participation in any major studio project.

Since Hyatt was not immediately available for comment, the Coca Cola brand team was approached by us for their version of the story, and they were initially willing to come on record regarding this rumoured development. Later, they declined to respond after looking at the questions that were directed their way, based on the information given by our anonymous sources as mentioned in this write-up.

Coke Studio has also been undergoing litigation, which may have been the reason behind these sudden developments, but no one on the team is willing to talk about the case. While some may assume that the case could be an extension of the problems that arose between Coke Studio and Frequency Media (The Company that produces Coke Studio) when Hyatt and his ex-wife Umber got divorced, our sources say otherwise.

Frequency Media was co-owned by Hyatt and his ex-wife, and both were equal partners in the revenue, making their divorce quite relevant to the matter at hand. Following the divorce, Umber continues to be a 50 per cent share holder in the project. However, the possible end of the deal with Frequency media could have made the matter of distribution of revenue pop up again.

A close friend of Hyatt’s spoke to us on the condition of anonymity, and shared his views on the matter: “Everything was settled with Umber both personally and professionally, and this does not make sense at all, not unless something I am unaware of has come up recently. I can’t say much.”

A member of the Coke Studio team, who also chose to remain anonymous, has indicated that the case is about intellectual property rights. This is quite likely the situation, given that Coke Studio has been playing around with IP (Intellectual Property) laws for quite some time now. Ali Zafar’s cover of Pathanay Khan’s Yaar Dadhi Ishq and Meesha Shafi’s Dasht-e-Tanhai, to name a few, were used on the show without formal consent from the concerned record labels. The brand team of Coca Cola also declined to officially address the legal issues surrounding the Coke Studio project.

Whatever the reasons are behind this shortened season of Coke Studio, the show must go on. Given that it was Hyatt’s vision and professional attitude that made six successful seasons possible, it will be very tough to find a replacement that can fill his shoes, if that is indeed the case.