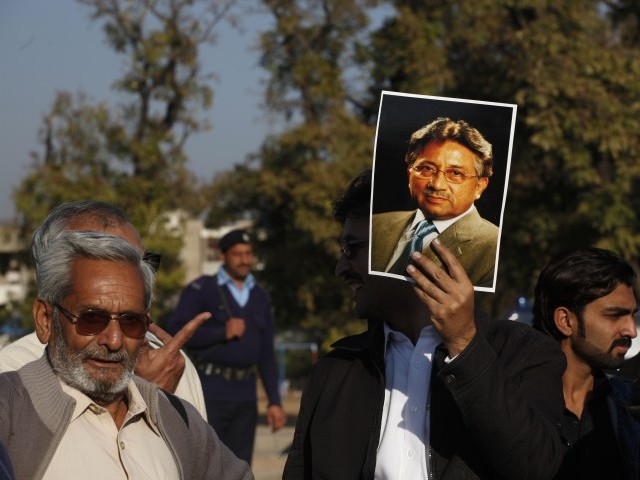 After Faisal filed the intra-court appeal on Wednesday, the court summoned him for a hearing on Thursday, the same day as Musharraf is required to appear before the Special Court.

The petition will be heard by Justice Riaz Ahmed of the IHC.

Earlier, the Islamabad High Court (IHC) had rejected all three pleas by Musharraf against the special court constituted to try him for treason.

Musharraf had raised objections over the authority of the special court, appointment of judges and prosecutor.

Previously, Musharraf’s legal counsel Ahmed Raza Kasuri claimed on Sunday that his client’s appearance before the court was conditional on the improvement in his health condition.

Justifying Musharraf’s absence from the hearings on medical grounds, Kasuri said, “At present, he [Musharraf] is not a normal person and I cannot say exactly if he will appear before the court, because he is sick and under observation.”

“I cannot say that the former president will appear before the special court on January 16 because that is subject to permission from his physicians,” he added.

Last week, the special court had ordered Musharraf to appear at a hearing on January 16, after reviewing the medical reports presented by the Armed Forced Institute of Cardiology (AFIC), where he has been receiving treatment for a heart condition for more than 10 days.