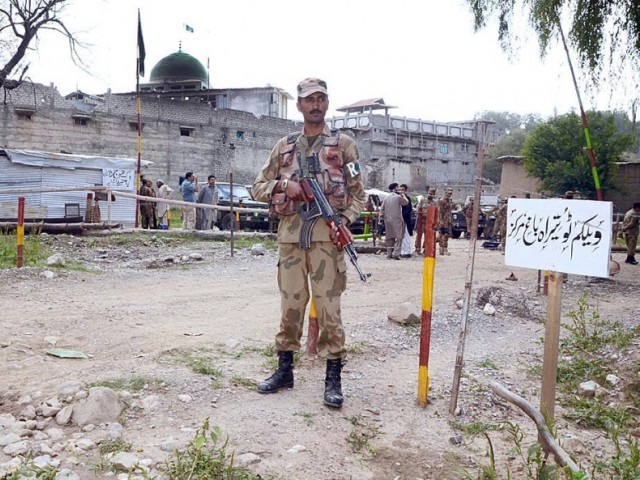 “A bomb planted by unidentified militants near a barricaded post at Zaka Khel Bazaar exploded killing two volunteers of TI,” political tehsildar Landikotal Daftar Khan stated, adding that the victims of the blast died on the spot.

“The two persons were patrolling in the area when the blast occurred,” he further stated.

The deceased were identified as Sajid Shah and Yar Khan. No one has claimed responsibility for the attack till filing of this report.

On January 6, a mortar shell explosion in Khyber Agency’s remote Tirah valley had killed 10 people including three members of Lashkar-e-Islam. The explosion had occurred when local tribesmen attempted to extract explosives from the shell prior to the blast.

A volunteer of the TI peace militia was injured on December 30, 2013 when a roadside bomb planted by unidentified militants had exploded in Sheen Qamar in Bara, Khyber Agency.

In April, two volunteers of TI were killed when the TI and security forces had engaged with Lashkar-e-Islam militants in a joint advance movement in Jarobi.