Pakist­ani civil societ­y and others had called for awardi­ng the brave boy with a civili­an award.
By Web Desk
Published: January 10, 2014
Tweet Email 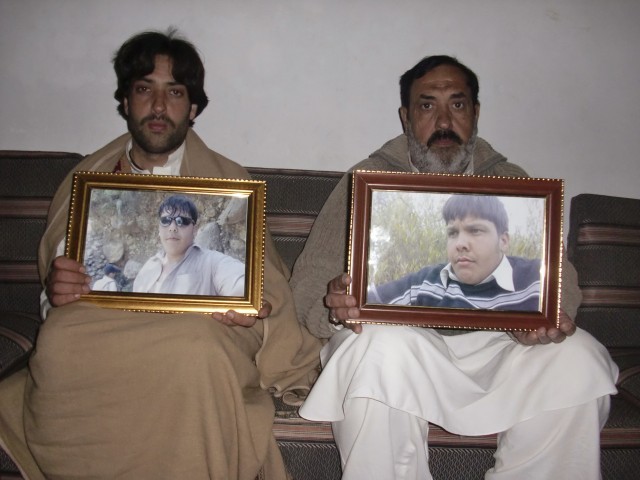 Mujahid Ali (R) and Mujtaba Hasan, the father and brother respectively of Aitizaz Hasan, pose for the camera with framed pictures of Hassan at their residence in Hangu district, bordering North Waziristan, January 10, 2014. PHOTO: REUTERS

Hasan – a student from Hangu – tackled a suicide bomber on January 6 who had come to attack his school at a time when hundreds of students were inside.

The brave boy died while protecting others.

The school is the only one in Ibrahimzai, a Shia-dominated area in Hangu. There were nearly 2,000 students in the school at the time the attack occurred. Later in the day, the bombing, which was the first suicide attack at a school, was claimed by Lashkar-e-Jhangvi.

Earlier today, teenage activist Malala Yousufzai announced she would give Rs0.5 million to Aitizaz Hasan’s family and called on the government to bestow the highest civilian award on him.